Nepal comprises most of the Himalayas, the world's highest mountain range. Eight of the fourteen mountains above eight-thousand metres are situated in the world, either entirely or shared over a boundary with China or India. Nepal has the world's highest peak, Mount Everest.

Besides Mt. Everest, Nepal is home to mountain peaks like Kanchenjunga, Lhotse, Makalu, and Dhaulagiri I to name some. Today in this article, we talk in brief about the ten highest mountains in Nepal.

Nepal is famous for housing the eight snow-capped peaks that have an elevation above 8,000 m. Below enlisted are the ten highest mountains lying within the Himalayan range of Nepal:

The descriptions of these mountains are given below in brief.

Mount Everest is the world's highest mountain peak on Earth above sea level, situated inside the Himalayan sub-range of the Mahalangur Himal. The boundary between China and Nepal stretches near its highest level. The Nepalese name for Mt. Everest is Sagarmatha while in Tibetan it is called Chomolungma. 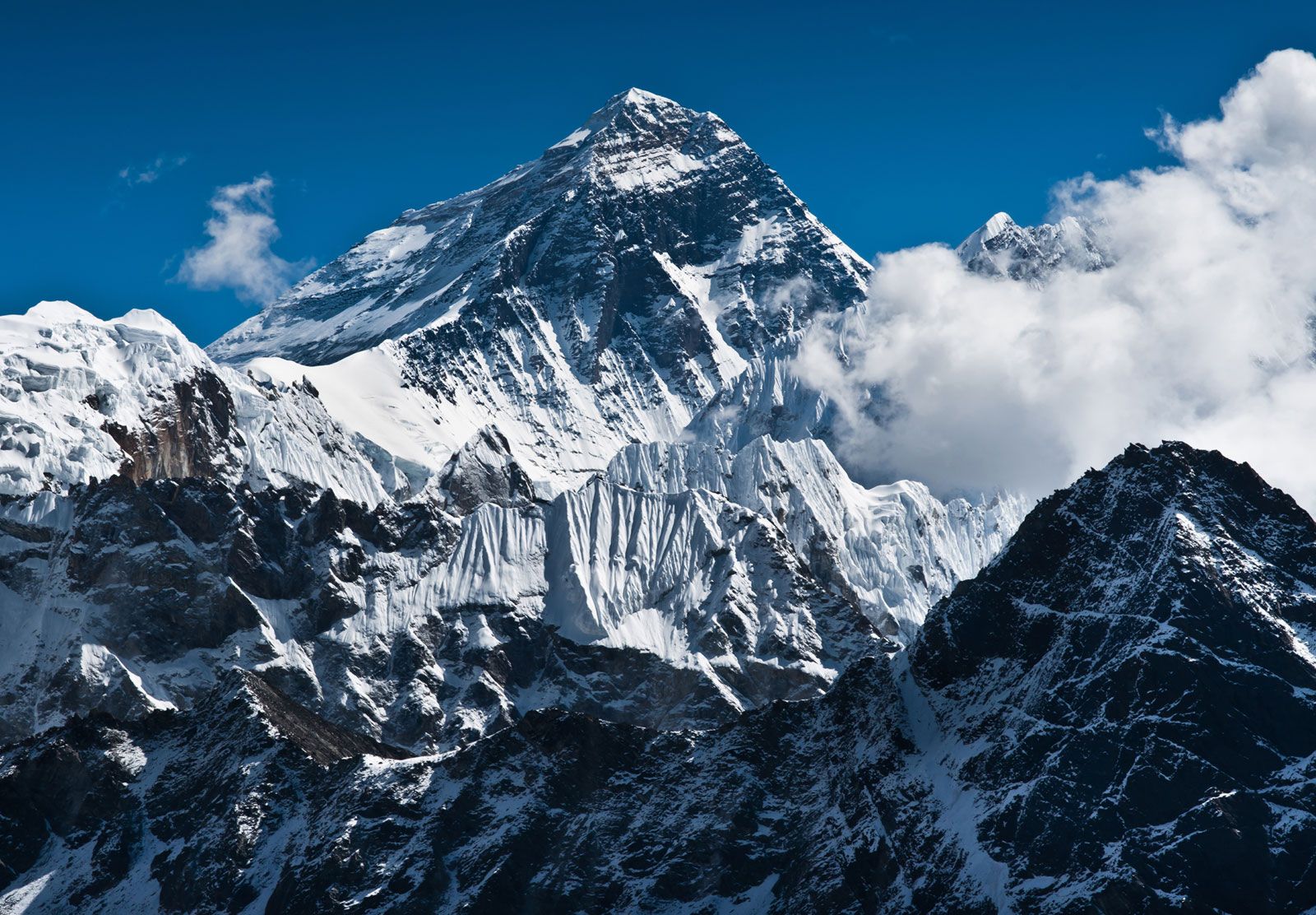 In 1865, the Royal Geographical Society gave Everest its official English name. The name was recommended by, the British Surveyor General of India, Andrew Waugh, who, despite Everest's objections, chose the name of his predecessor in the post, Sir George Everest.

A survey conducted by Indian officials in 1955 identified the current official elevation of Everest to be 8,848 m (29,029 ft), which was recognized by China and Nepal and verified by a 1975 Chinese survey.

Tenzing Norgay and Edmund Hillary were amongst the first to reach the peak of Mt.Everest in 1953.

Kangchenjunga also spelt as Kanchenjunga, is the world's third-highest mountain. It has an altitude of 8,586 m (28,169 ft) in a region of the Himalayas called Kangchenjunga Himal.

Kanchenjunga is bounded to the west by the Tamur River, by the Lhonak the Chu in the north, and Jongsang La, and by the Teesta River in the east. 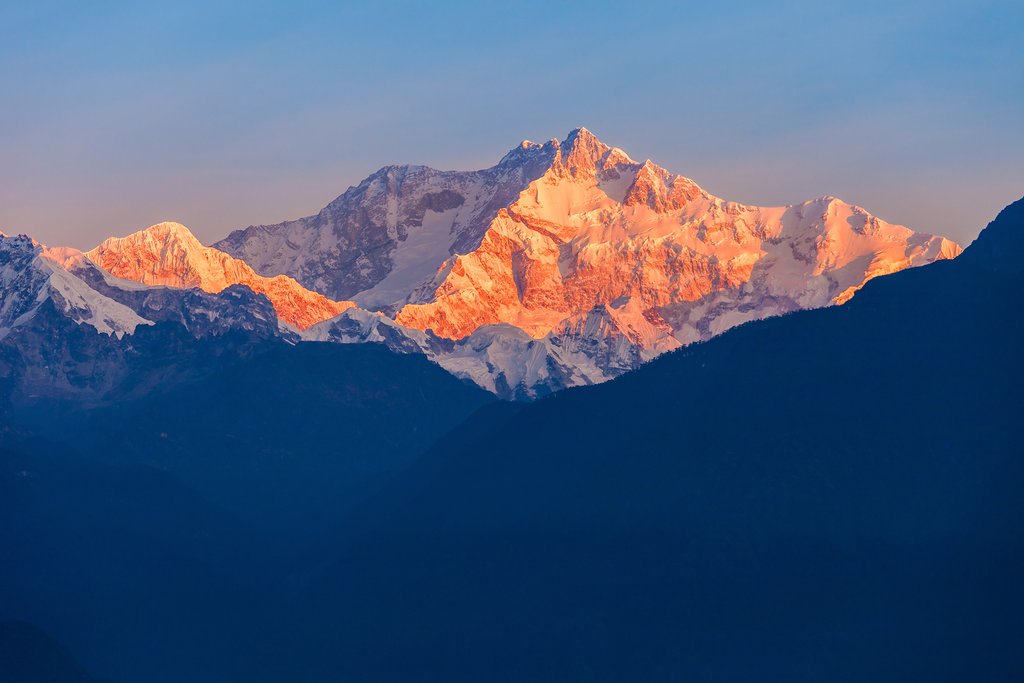 It lies between Nepal and Sikkim in India, bordered by three of the five peaks (main, east, and south), and the other two (West and Kangbachen) in the Taplejung District of Nepal.

Kangchenjunga was regarded as the highest mountain in the world until 1852. Still, calculations based on various readings and measurements made by India's Great Trigonometric Survey in 1849 concluded that Mount Everest, at that time known as Peak XV, was the highest.

On 25 May 1955, Kangchenjunga was first scaled by Joe Brown and George Group, who were part of an expedition from the United Kingdom.

They stopped short of the summit, in keeping with the Chogyal vow that the mountain top will stay intact.

At 8,516 meters (27,940 ft), Lhotse is the fourth tallest peak in the country, after Mount Everest, K2, and Kangchenjunga. Part of the Everest massif, Lhotse is linked through the South Col to the latter mountain. 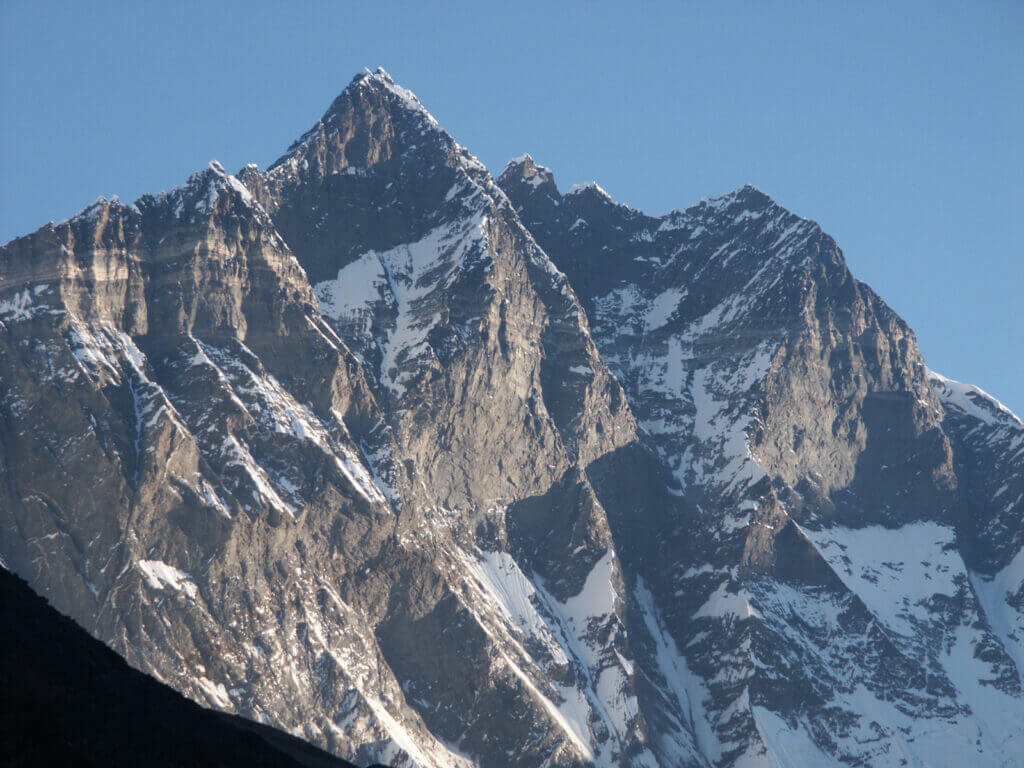 The summit is at the boundary between China's Tibet and Nepal's Khumbu area.

Makalu is the world's fifth-highest mountain, at 8,485 meters (27,838 ft). It is situated at 19 km (12 mi ) southeast of Mount Everest in the Mahalangur Himalayas, on the frontier between the autonomous Region of Nepal and Tibet, China.

One there are two prominent subordinate peaks in Makalu. Kangchungtse, or Makalu II (7,678 m), sits roughly 3 kilometres (1.9 mi ) northwest of the key peak.

Chomo Lonzo (7,804 m) rises about 5 km (3.1 mi ) north-east of the main summit over a broad plateau and is linked to Kangchungtse by a narrow 7,200 m saddle the eight-thousanders. Makalu is an elevated mountain with a 4-sided pyramid shape.

The mountain is the westmost main peak of the Mahalangur Himalaya, 20 km west of Mount Everest's Khumbu sub-section. The mountain is at the boundary of China and Nepal. 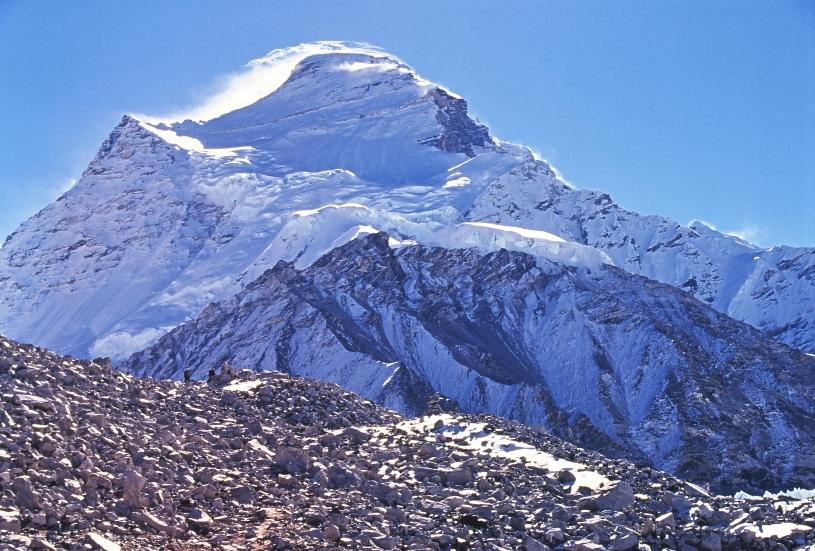 Only a few kilometres west of Cho Oyu is Nangpa La (5.716m/18.753 ft), a glaciated pass acting as the primary communication path between the Tibetans and the Sherpas of the Khumbu. This pass divides the Himalayan Khumbu and Rolwaling.

Cho Oyu is deemed the simplest 8,000-meter peak to ascend due to its proximity to this pass and the relatively mild slopes of the traditional northwest ridge route. It is a frequent destination for professionally led groups.

Nepal's Dhaulagiri massif stretches from the Kaligandaki River west to the Bheri 120 km (70 mi ) north. Bheri River tributaries on the surround this massif north and southwest, and the Myagdi Khola on the southeast.

The seventh highest summit in the world, Mt. Dhaulagiri has an altitude of 8,167 meters (26,795 ft ) above sea level, and the tallest mountain in a single nation (Nepal) territory. It was first climbed by an expedition from Switzerland/Austria/Nepal on 13 May 1960.

The name "dhaulāgirī" is the Nepali name for the Sanskrit mountain where "dhawala" means brilliant, white, beautiful and "giri" means mountain. Dhaulagiri is also the highest point in the Gandaki basin.

Annapurna I is 34 km (8.091m/26.545 ft) from Dhaulagiri to the east. The Kali Gandaki River claimed to be the lowest in the country runs between the two in the Kaligandaki Gorge.

The town of Pokhara is situated south of the Annapurnas. It is a significant regional hub and the gateway for climbers and trekkers who frequent both ranges as well as a tourist destination of their own.

Mt. Manaslu is the 8th highest mountain peak in Nepal, with an altitude of 8,163 meters (26,781 ft). This is in the Mansiri Himal, member of the Himalayas of Nepal, in the central-western region of Nepal. The term Manaslu is taken from the Sanskrit word "manasa", meaning intellect or soul. 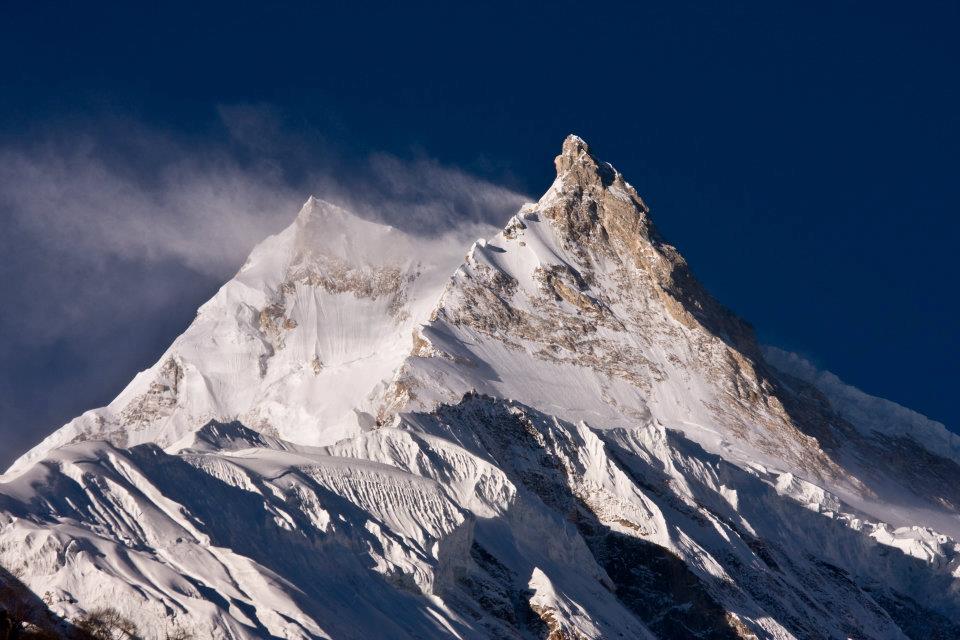 On 9 May 1956, Toshio Imanishi and Gyalzen Norbu, members of a Japanese expedition, climbed Manaslu for the first time. It is claimed that "even like the British regard their peak-like Everest, Manaslu has always been a Japanese peak".

Manaslu is the highest point in the district of Gorkha and is about 64 km (40 mi) east of Annapurna. The long ridges, valley, and glaciers of the mountains deliver possible routes from all directions and culminate in a summit that rises steeply over its local terrain and when seen from afar is a dominating attribute.

Manaslu district provides several trekking possibilities. The famous 177 kilometres (110 mi) Manaslu trekking path skirts the Manaslu massif through the pass down to Annapurna. The Nepalese government only authorized this route for trekking in 1991.

The Manaslu Conservation Area Project (MCAP) was founded in 1997 with the primary objective of delimited region protection and environmental management, which includes Manaslu, being achieved.

Annapurna I Main the tallest point in the Annapurna massif, is the 10th highest mountain in the world at 8,091 meters (26,545 ft ) above sea level.

In 1950, Maurice Herzog directed a French party across the north face to its top. He rendered it the first of the eight-thousanders, mountain peak to be reached and the only 8,000-meter mountain to be scaled in the first attempt.

Gyachung Kang is the highest mountain between Mount Everest (8,848 m) and Cho Oyu (8,201 m) in the Mahalangur Himal section of the Himalayas. It lies at the Nepal-China frontier. 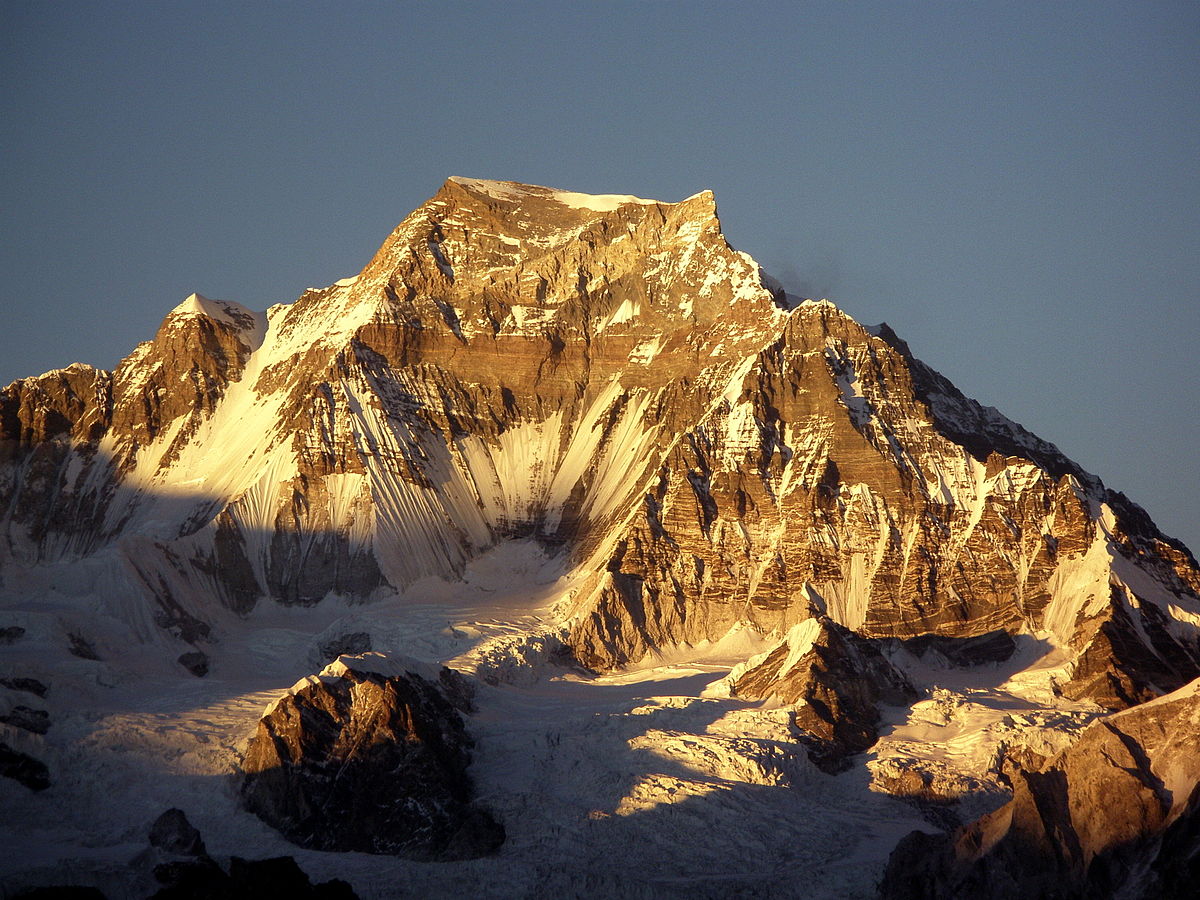 The absence of measurable visibility (700 m) of the summit often adds to its relative anonymity.

Annapurna II is part of the Annapurna massif, which is the region's eastern anchor. In 1960, it was first climbed by a British/Indian/Nepalese team headed by J. O. M. Roberts approached from the north via the West Ridge. Chris Bonington, Richard Grant, and Sherpa Ang Nyima comprised the summit party. 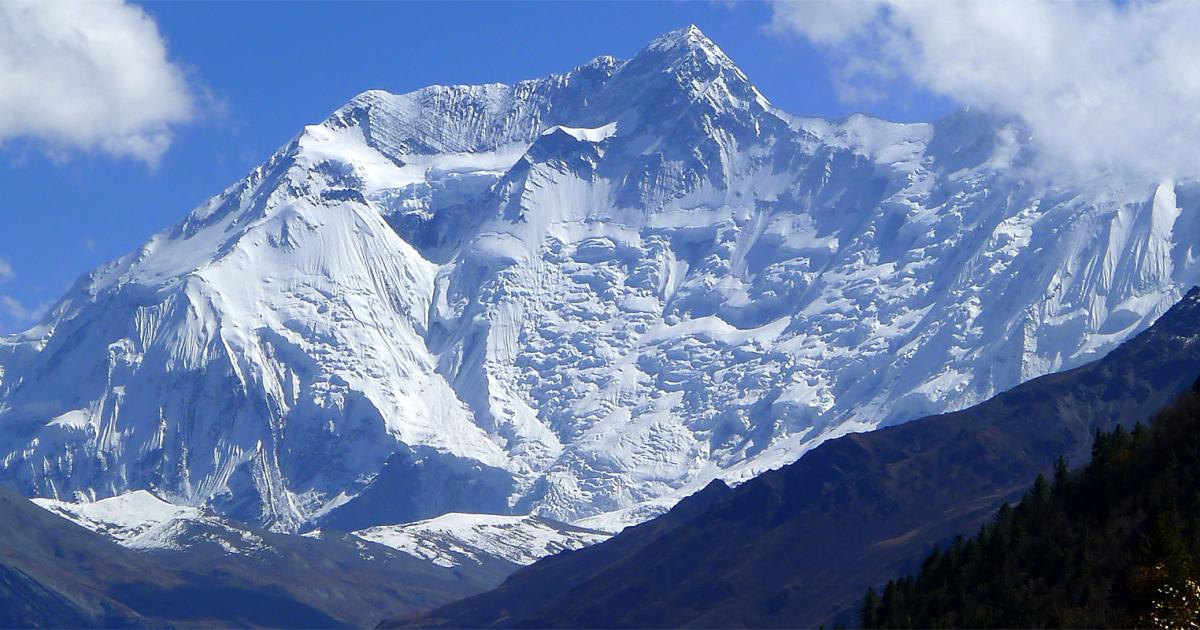 In terms of height, separation and prominence, Annapurna II is not far behind Annapurna I Central, the western anchor. Notwithstanding the strong connection with Annapurna I Main which its name suggests it is an entirely independent mountain. Annapurna II is the world's 16th highest peak.