Budha Subba Temple or Budha Subba is a popular Eastern Nepalese religious shrine located in Bijayapur, Dharan, Nepal. Two earthen piles were built within the temple and have the custom of worshipping as the Budha Subba.

The location has bamboo plants that are unique in tip-lessness. It is assumed that slingshot shots used by Budha Subba broke the tips of these bamboos.

Where is Budha Subba Temple?

The Budha Subba Temple is located in the eastern region of Nepal in the Sunsari district. The geographic coordinates of the religious site are 26.820°N 87.30°E and lie in the city of Dharan about 220 km away from Kathmandu. The holy place is situated on top of the bank of the Seuti river, a short distance east of the Temple of Dantakali. 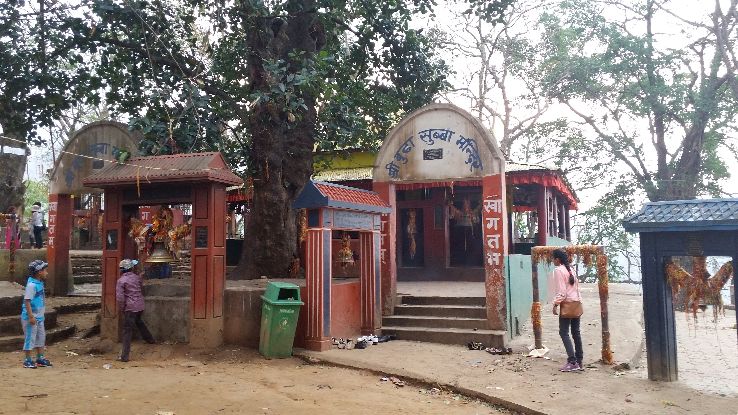 Historian Iman Singh Chemjong Limbu states that before and after King Bijaynarayan Raya Khebang's reign Bijaypur was the capital of the Kingdom of Limbuwan (Pallo Kirat).

It is one of the most famous temples in eastern Nepal and is considered by many as of cultural significance.

Since 2015 BS (1958-59 CE) the temple has been handled systematically. In Saturdays, the temple is crowded with people. Sacrifices of rooster and pigs are usually produced on Saturdays.

According to the History, it is the tomb of Morang's last Limbu King (Raya), Budhhi Karna Khebang, whose rule of

Bijaypur started after the assassination of Kamdutta Sen in 1762 and ended with the invasion by Prithvi Narayan Shah in 1775. Bijaypur was Morang's capital and east Limbuwan's political and economic centre.

He was fooled into coming to meet at Bijaypur-Dharan, then killed in 1785 by King Prithvi Narayan Shah's assassins of the Kingdom of Nepal. It is claimed that the soul of Budhhi Karna Khebang drifted around his tomb region near Bijaypur, and was reported to be a peaceful and supportive spirit.

Local Limbu people then began to worship the soul as an old king (Subba or Haang in the Limbu language means King) believing it would bring good luck.

Numerous myths support the origin and foundation of the Budha Subba Temple. Some of them are:

A Subba hunter Budha Subba and his sister used to play and hunt with a slingshot on the hill according to a myth. The tip of the bamboo tree was lost by hitting the tips of a bamboo tree while hunting crows, and it never grew back. Subba gave up hunting after the mistake then buried his slingshot and began meditation. 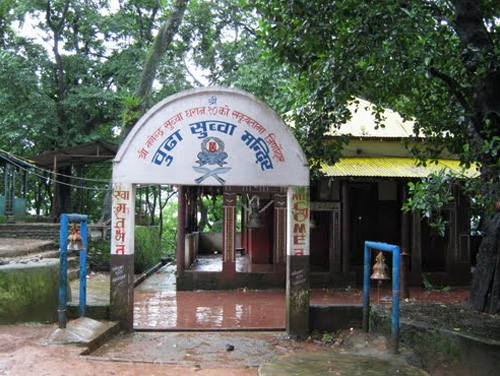 It's the same place where the temple stands today, and it's believed that the small mound of mud is the place where he meditated. The temple has got its name from the hunter according to this legend. Budha Subba's sister's temple lies next to his.

Ironically, even today, there are no tips on the bamboo trees in Bijaypur hill, and no single crow can be found in the region, given the occasional picnics and temple offerings.

Another legend discusses the story of Ekalavya, who was in deep meditation and archery self-training by building an impression of Guru Dronacharya, the famous Kauravas and Pandavas' teacher.

Ekalavya itself is Budha Subba, it states. At this location, it is assumed that adoration and contemplation satisfy one's wishes.

Many Hindus claim that Lord Shiva and Goddess Parvati arrived at Vijaypur under the form of Thebasamang and Yumasammang, Yakthung King and Queen in the hunting cycle, where they put their bows and sat in penance.

During that time, they realized Kaliyuga's approach and disappeared immediately. In Yakthung language, that event is called Budha Subba. Shoots of bamboo sprouted from the bows without the tuft.

There was initially a tradition of writing on bamboo trees in the area of the temple. The young men who came to visit the temple can only return by writing a name bamboo, as it is thought that writing the lovers' name would be a victory in their affection.

But, the temple committee stopped the trend of writing names on the bamboo as the bamboo's name writings hampered the tree's growth with the increase in bamboo writings.