Ilam is one of the hill districts lying in Nepal's eastern development zone. The hill station is best known for its tea gardens, and it is one of Nepal's most populated regions. The unique nature and biodiversity of the place draw a great many tourists.

Ilam is one of the popular attractions enjoyed by holidaymakers who fly to the eastern part of Nepal. It lies between the Himalayan ranges and offers a large variety of places in the summer season which attracts many visitors. For this report today, we've enlisted Ilam's ten must-visit places for 2020.

Location of Ilam in Nepal

Ilam falls in Province No. 1 on the eastern side of Nepal. It is one of Nepal's popular hill stations and occupies an area of 1,703 sq km.

Ilam's altitude varies from 3,636 m to 140 m and is internationally bordered by Darjeeling, India in the east, and in the west by Dhankuta and Morang. To the south of Ilam lies Jhapa, and in the north lies Panchthar.

Where does Ilam get its name?

The place's name is derived from the Kiranti language where Il stands for twisted while Lam stands for the lane.

Ilam is usually a winding highway that can be encountered when driving to this spot. It's also sometimes called Charkhol, indicating the four-river junction; Jogmai, Mai, Puwamai, and Deaumai.

What is Ilam best known for?

Ilam is famous for its export-quality tea-gardens and milk. Ilam's most outstanding tea is shipped into many European countries. In addition to the beverage, the place is also regarded as the leading producer of cardamom, ginger, potato, and broom.

Ilam's climate is tropical, subtropical, and temperate, attracting several holidaymakers to this area.

Rare birds and animals such as red panda, black bear, tahr and trees such as rhododendron, Chimal, chaap, and sal are present at the hill station.

As mentioned above, we have described the ten most visited places in Ilam today, in this post.

Antu Danda is one of those locations you can't forget when in Ilam. The place boasts of stunning views of the Himalayan sunrise and sunset.

Danda in Nepali means hill and the place are situated at 2,328 m above sea level from where you can see the flatlands of Terai, terraced farmlands, dense pine forests and tea gardens below.

You can see India's hill stations like Kurseong, Darjeeling and Mirik from Antu on a clear day as well.

You will enter Antu Danda after a drive of an hour from Pashupatinagar though it takes about three hours from the main Ilam Bazaar. Once you've come to Antu, you can stay at the famous local homes or a home-stay.

Another significant Ilam attraction is Mai-Pokhari (pond) which has nine corners. The magnificent lake is covered by a dense forest of juniper, oak, and birch fir.

The place boasts of flowers such as rhododendrons and orchids, and if you're fortunate enough you'll get to witness some unusual animal species such as red panda, musk deer (Kasturi), porcupine, leopard, jackal and much more.

Even Mai-Pokhari has a religious meaning and is called a holy pond devoted to Goddess Bhagwati. A fair is conducted annually between October and November in which Hindus and religious groups from Nepal, India, and Bhutan participate.

Mai Pokhari is 18 km away from Ilam Bazaar and can be reached in a private taxi within 30 minutes drive.

Sandakpur is situated in the Nepal-India frontier at an elevation of 3,665 m. In India, it branches out in West Bengal's Darjeeling region.

Tourists can take a private cab from Ilam to Maimajhuwa Khorsanitar. From there we will eventually arrive at Sandakphu after a 5-hour trek.

The location is well known for bird watching, and the region is home to the Nepal national's bird Danfe (Himalayan monal) from Nepal. Sandakpur also harbours endangered species such as musk deer and red panda.

Ilam is renowned for its tea gardens, and shrubs have been planted in Kanyam and Fikkal over 140 years ago. Kanyam is accessible to both inbound and outbound visitors coming to take pictures, sightseeing, and picnics. 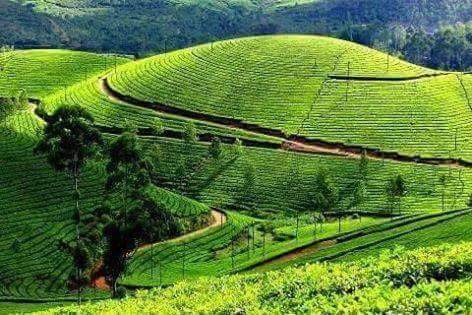 Fikkal is one of Ilam's commercial hubs and the centre for arriving visitors from Darjeeling, India. On Thursdays, there is a weekly haat held where local farmers and vendors come to sell their products.

Lying in the eastern region of Nepal, this temple of Goddess Pathibhara is the most visited holy spot.

It is considered a sister temple to Taplejung's original Pathibhara Devi, and those who can't afford to visit the original temple at 3,794 m can visit this one just above Sunmai.

The religious site is situated in Hanspokhari and is just above the highway to Ilam-Mechi.

Mai Beni sits in Ilam's foothills and is the intersection of two sacred rivers Mai Khola and Jogmai Khola.

It is roughly around 3 km from the main town and is famed for Lord Shiva's shrine. Hundreds of worshippers visit Mai Beni in January to take a dip in the holy waters during Manghe Sankranti.

Standing at 1,693 m above sea level, Siddhi Thumka is located about 18 km from Ilam's Ajambare Danda.

The spot is renowned for sunrise and sunset, as well as stunning views of the Everest and Kangchenjunga mountains and ranges such as Mahabharat range and Churia range.

On the southeastern side of Siddhi Thumpka, rice paddy fields and orange cultivation are a significant draw for agricultural tourism.

Gajur Mukhi is a prominent religious Hindu place located in eastern Nepal. The location is on the shores of the Deumai River, at an altitude of 500 m. 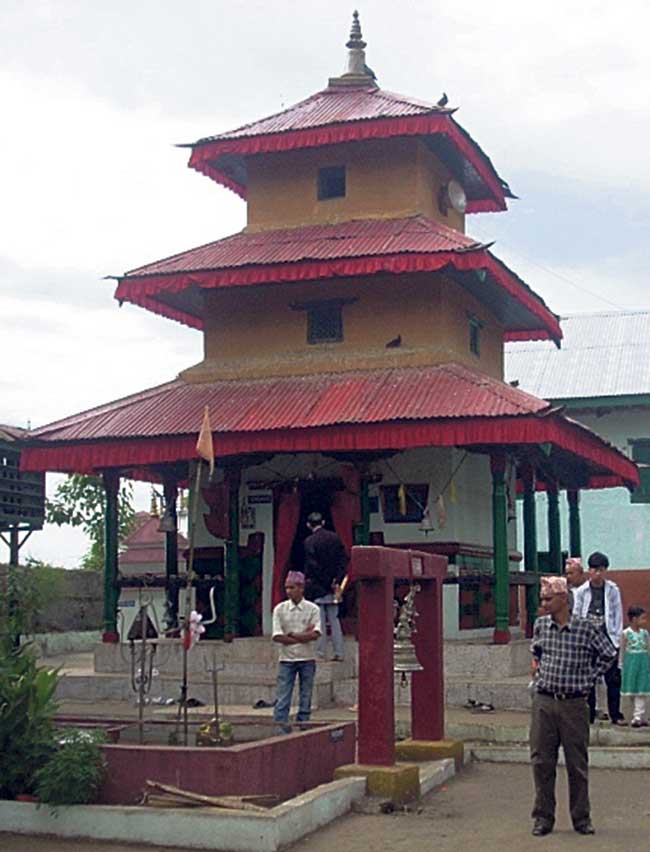 It is believed that pilgrims who visit this holy place will be rewarded with a boy, while a voice will be given to the voiceless.

Hangetham is the location to be for forest protection campaigners and wildlife lovers alike. Constructed on Ilam's north-eastern edge, Hangetham sits at 2,170 m high in the Jamuna VDC. The area is renowned for its changing weather patterns, thick fog, lush trees, and Ilam's spectacular vistas.

The forest of Hangetham and Choyatar is well known for housing wildlife such as the red panda, leopard, thar, charibag, black bear, thakthake and rajpankhi.

The forest is a natural habitat to birds such as munal, hawk, kandevaccur and many more. The woods are filled with rhododendron, chap, sunakhari, bante, katush, chiraito and other plants.

You may also join a Buddhist temple nearby, Naya Bazaar and Thumke, when in Hangetham.

It is Nepal's second-longest waterfall, with an 85 m height. Todke Falls sits about 40 m west from Mai Khola or Mai Beni at an elevation of 1,600 m. 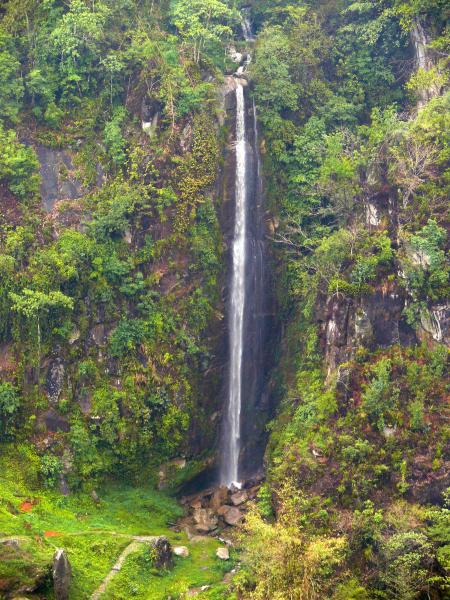 The place is a massive draw for visitors who come here to take photos of the magnificent waterfall that appears as if it falls out of the heavens.

There are also other tourism spots in Ilam alongside these areas. Few honorary notices are as follows: