Pathibhara Devi Temple also known as Mukkumlung by the local Limbu people, is one of Nepal's most significant Hindu temple, situated on Taplejung Hill. Pilgrims from different parts of Nepal and India flock to the temple on special days, as a pilgrimage is assumed to guarantee the fulfilment of the desires of the pilgrims.

The temple is situated 19.4 North East at an elevation of 3,794 m (12,448 ft) from the municipality of Phungling. The former monarch King Birendra and his family were also devotees to this Hindu shrine. Besides Hindus, the Pathibhara Temple is also a holy place for people of the Limbu ethnic group.

Local shepherds are thought to have lost hundreds of their sheep while they were grazing at the same spot where today's Pathibhara Devi temple sits. 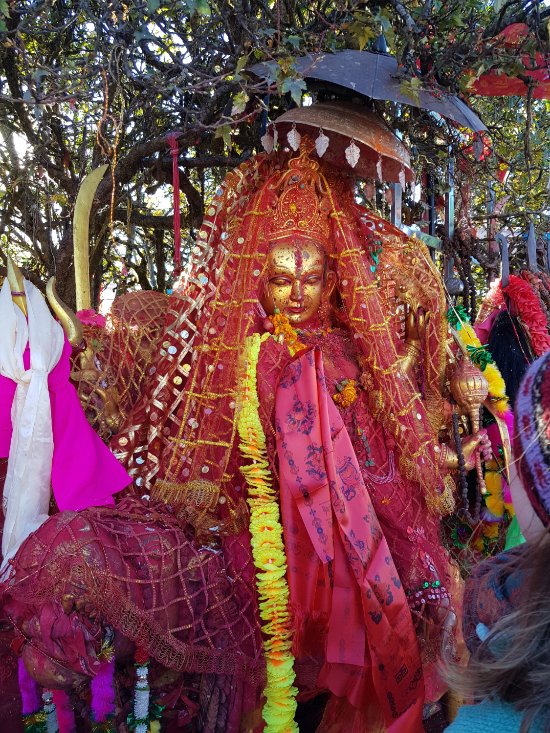 The distraught shepherds had a vision in which the Goddess Pathibhara commanded them to conduct a ritualistic sheep sacrifice and create a temple in her honour.

The abandoned herd unexpectedly recovered, as the sacrifice was offered. It is believed that the practice of offering sacrifices inside the temple began after the accident.

The hill goddess Pathibhara after whom the location is called is assumed by the devotees to be a fearsome goddess who can easily be satisfied with easy and selfless actions of love, devotion, and sacrificial sacrifices while being unmerciful and dangerous to one who has evil intentions.

How to reach Pathibhara Devi Temple?

Pathibhara Devi Temple lies in the Yangwarak Village Development Committee. The journey to Pathibhara begins from Suketar, which is a 20-minute drive from Phungling Bazaar, and then from Suketar to Kafle Pati, a 1–2-hour drive away.

Pathibhara Devi temple lies at a distance of around 3–4 hours' hike from Kafle Pati. Suketar Airport (2,840 m [9,320 ft]) at Suketar is the only STOL airport in Taplejung district with daily flights linking Kathmandu and Biratnagar. 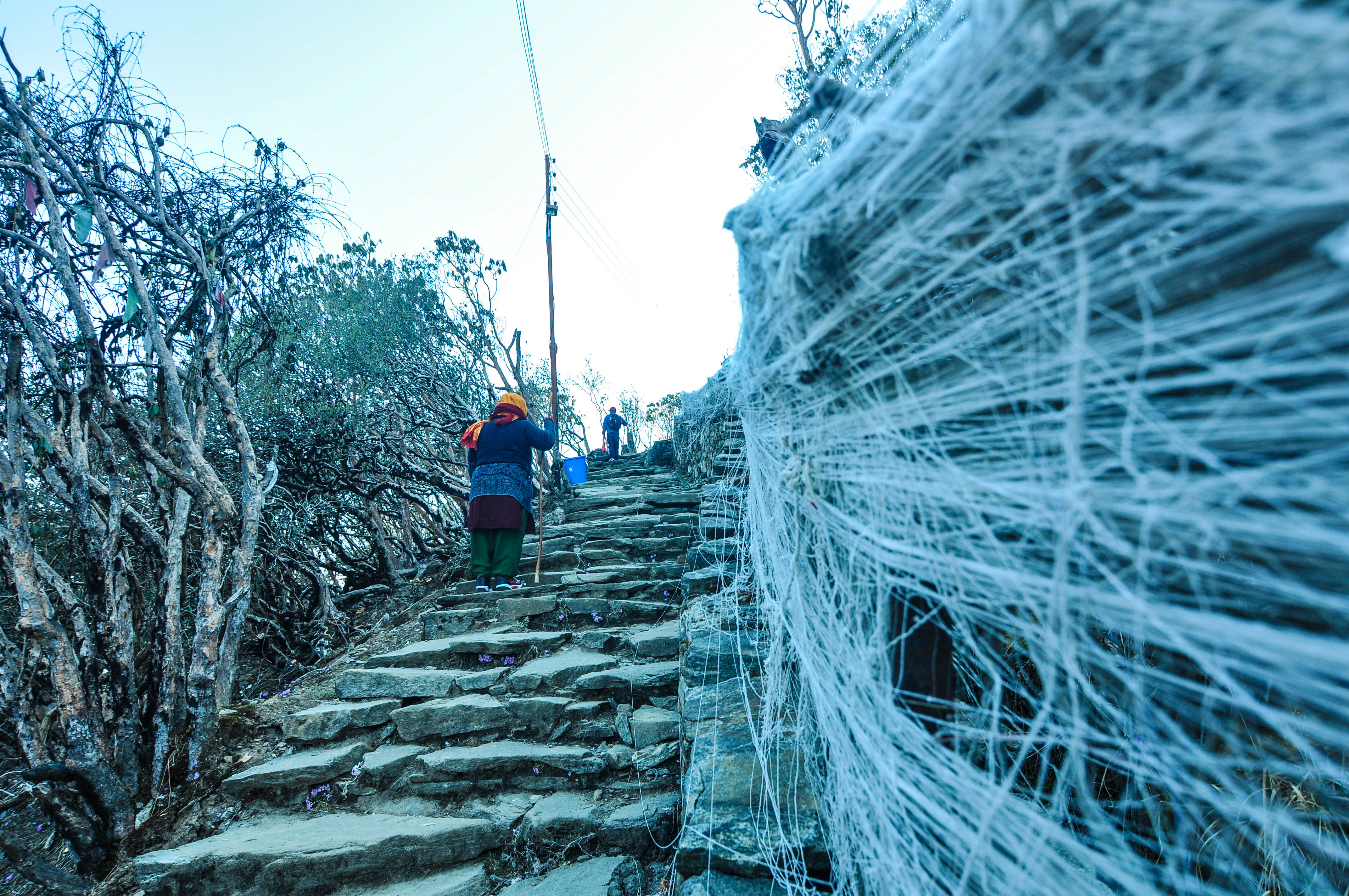 The trail to Pathibhara passes through Deurali, Ramitedanda, Chhatedhunga, Bhalugaunda, and Phedi before eventually arriving at the shrine.

Residents provide food and accommodation facilities along the road. Basic lodging is also available for tourists close to the temple premises.

It is one of the most traditional treks in the north-eastern end of Nepal. The trek lies in the area of Taplejung.

Taplejung is one of the best regions in eastern Nepal with a beautiful setting, the Himalayan plateau of over 7,000 m and a large vegetation area.

Unlike the Hindus, Buddhist pilgrims also approach the paradise for festivals in the wake of exceptional incidents.

The trek to Pathibhara Devi coupled with the region's characteristic and social experiences allows the experience an especially enlivening awareness.

We can also reach Pathibhara temple by taking a bus or a private taxi from Birtamod, Jhapa.

When is the best time to visit Pathibhara Devi Temple?

Besides, the Patibhara Devi Temple, pilgrims can visit monasteries located in Olangchung Gola and Lungchung as well. Each year, the waterfall at Sawa and the Timbung pond is worth a visit during autumn and spring.

Around the trial, the forest habitat provides an abundance of animals, insects, trees, and butterflies. In this trek, the entire Kanchenjunga range, including Mt. Kanchenjunga (8,586 m) can also be seen.

The Pathibhara region lying in the Kanchenjunga Conservation Area is also known to be home to the endangered and rare red pandas.

The Limbu Cultural Trek in the area is seen as similarly enthralling for visitors other than pilgrims.

For more information on temples and Nepal, please visit hopnepal.com.