Changu Narayan's ancient Hindu temple sits on a prominent hilltop, also known as Changu or Dolagiri. The temple was surrounded by a woodland of champak tree, and a tiny village named Changu.

The temple is situated in Bhaktapur District Township of Changunarayan, Nepal. This hill is located 7 miles to the east of Kathmandu and a few kilometres north of Bhaktapur. The Manohara River runs just next to the slope. This shrine is devoted to Lord Visnu and is held by the Hindu people in great reverence.

A Gwala, or cow herder, had taken in a cow from a Brahmin named Sudarshan in ancient times. The cow became renown for providing vast volumes of milk. 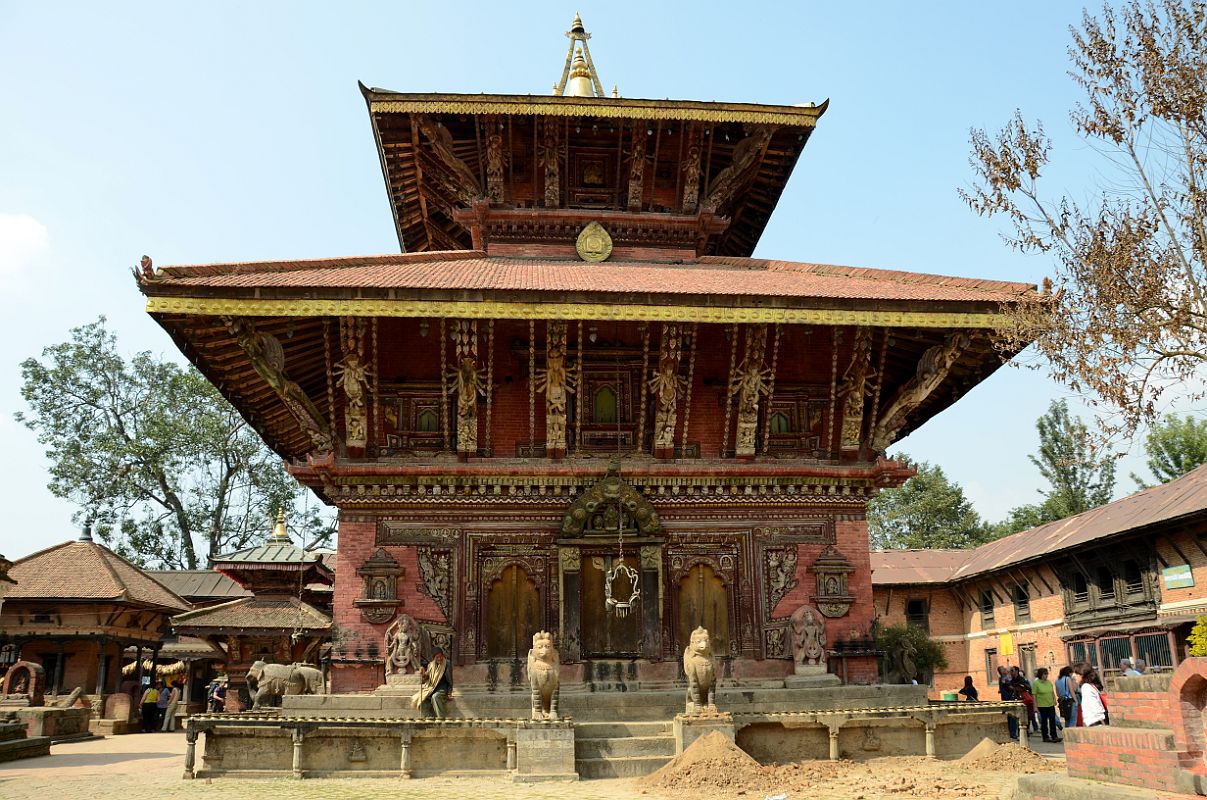 The Gwala had used to carry the cow for grazing to Changu which was densely covered by Champak trees wood. The cow often went to the shade of a specific tree when grazing, and a boy used to come there to drink the cow's milk.

He just received a minimal quantity of milk in the evening, when the Gwala brought the cow home and started milking her. This lasted for a few days.

He was heartbroken, so he called on the brahmin to tell the cow didn't offer adequate milk. Sudarshan agreed with the Gwala, after witnessing this through his own feet.

The next day, when she was weeding in the trees, they noticed the cow's daytime behaviour. Both Brahmin and Gwala concealed themselves behind the trunk.

To their delight, a little black boy fell out of the tree and started to drink the cow's milk. The two people had been angry as they assumed the child had to be the devil and the tree had to be his house.

So the brahmin chopped the champak tree down. New human blood poured out of the tree when he was chopping it down. Brahmin and Gwala both were nervous, thinking they had committed a big crime and started to weep.

Lord Vishnu appeared from the tree and told the brahmin and cowherd that they were not to blame for this. Vishnu explained the tale of how he had perpetrated a horrific crime by murdering Sudarshan's father accidentally while hunting in the forest. 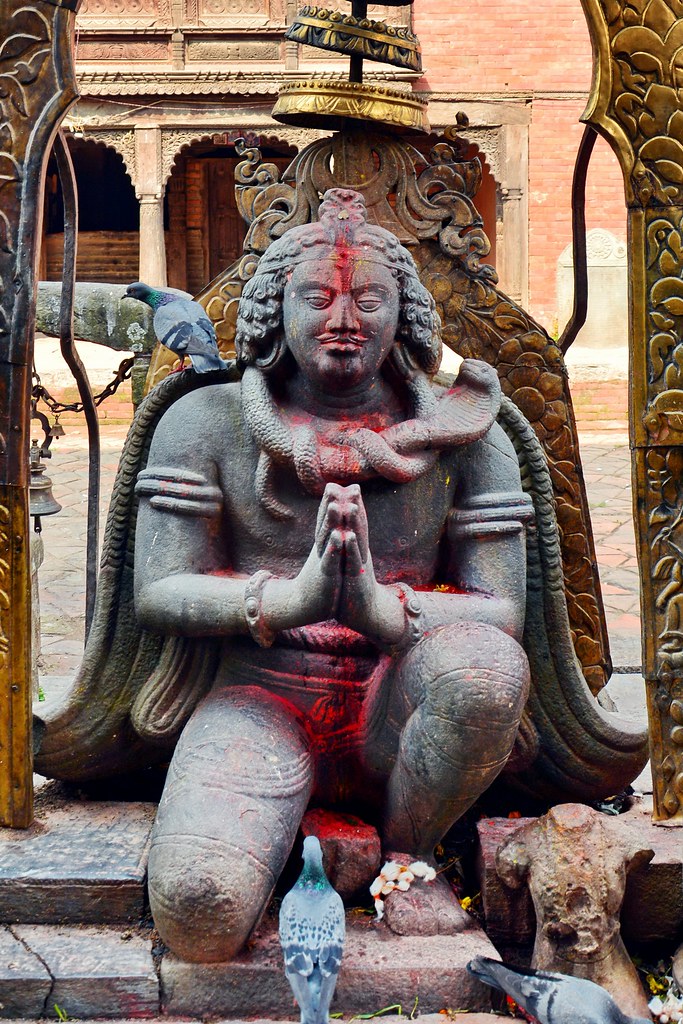 He walked the world on his horse, 'Garuda' after that, punished for the offence, finally collapsing on Changu's peak. There he worked secretly, feeding on a cow's stolen milk.

When brahmin cut down the vine, he beheaded Vishnu who liberated Lord Vishnu from his sins. Both the brahmin and gwala, having learned these words from Vishnu, vowed to worship the place and built a small temple in the name of Lord Vishnu.

The place has remained protected since. Also today Nepalese people consider the descendant of Sudarshan as a temple priest and the descendants of the Gwala as Ghutiyars (conservators).

There is a familiar story too about a mighty warrior named Pranjal who had died about 400 years earlier. Pranjal was the best fighter in the world at large. Another warrior confronted Pranjal recognized all over Nepal, called Changu. Changu beat him and earned Nepalese people's hearts, and this temple was a gift to him.

Some also say a Kashmiri king gave the prince of Bhaktapur to his aunt, Champak, in marriage. Temple Changu Narayan is named after her.

Changu Narayan Temple is located above the hills surrounded by a Champak tree woodland. We will find a human settlement on the first path to the temple courtyard.

People living in and around the Changu Narayan region are from the Newar culture. We will find several medium and small hotels, restaurants, souvenir shops, etc., with the growth of tourism at this location.

On the road to Changunaran is an ancient stone tap which is supposed to have existed since the period of Lichhavi.

Art and Architecture of Changu Narayan

The Changu temple is neither built-in Shikhara style nor in pagoda form, according to Professor Madhan Rimal from Department of Sociology and Anthropology, Tribhuvan University. It has an architectural design which he intends to define as a typical temple in Nepal. At Gokarna Mahadev, you can find other related temples.

Sculptures and arts linked to Lord Vishnu fill the temple. Also, within the central temple courtyard, we will find temples of Lord Shiva, Ashta Matrika, Chhinnamasta, Kileshwor, and Krishna.

The temple has four entrances, and those gates are guarded on either side of the openings by life-size pairs of animals such as tigers, sarabhas, griffins, and elephants.

In the struts are carved the ten incarnations of Lord Vishnu and the other idols which support the roof. The key to the entry is gilded with Nāaga carvings (snakes).

The following monument is situated after entering the courtyard from the main entrance (Eastern gate) when viewing the temple from the right side.

Other works of Art inside the Changu Narayan Temple

Hindus worship the principal image in the sanctum as a Garuda Narayan and Buddhists worship it as a Harihari Vahan Lokeshwara. Only the priest of the Changu Narayan temple can see the image.

There is also a small museum on the road to the shrine, on the Changu Narayan. This is Nepal's first private museum, according to the museum's director, and it has the collection of ancient coins, equipment, craft, and architecture. 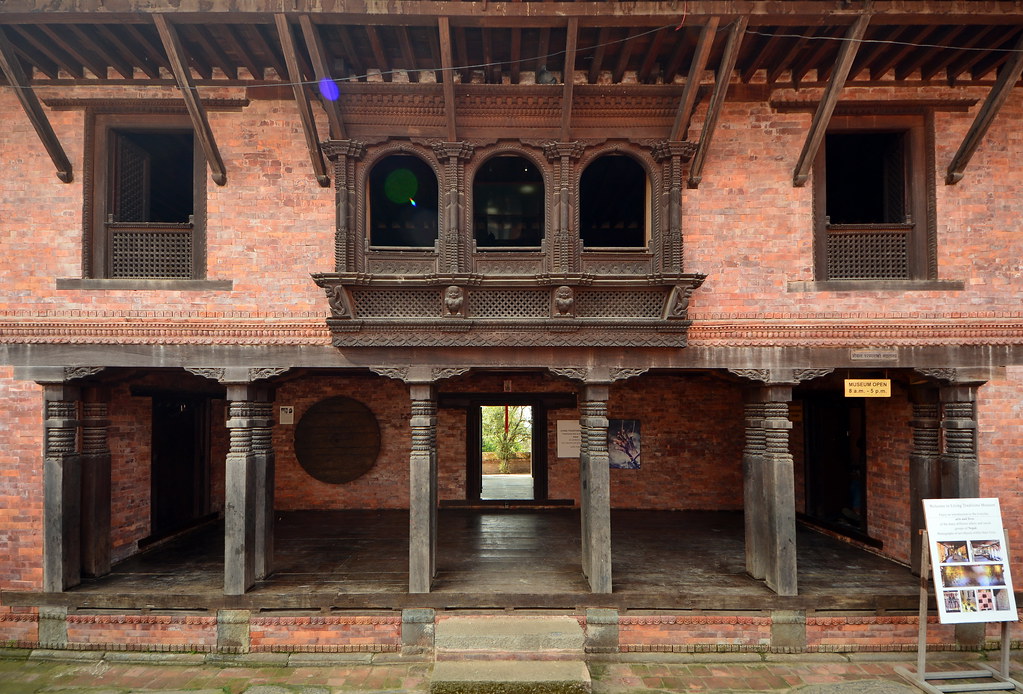 It was founded with the approval of Changu Narayan VDC on the occasion of the millennium year 2000 A.D. The entrance fee for Nepalese is NRS 100 while a foreign tourist is charged NRS 300.

Near the temple, there is an ethnographic museum which displays artifacts as well as photographs collected by Judith Conant Chase.

Amatya Sattal was a resting-house set up by Patan's Amatya family to plan ceremonies and feasts for passage privileges and annual occasions.

The Living Traditions Museum was built here in 2011 as part of an arrangement with the Archeology Department and Guthi Sansthan and opened in 2012.

The museum set up a gallery one in Amatya Sattal to highlight the visual and spiritual practices of the specific ethnic communities in the four primary regions of Nepal.

A solar electrical network was added, and a dormer window was installed to the uppermost floor to improve illumination. As after the 2015's earthquake, the museum remains under renovation.

At the entrance to Changu village is an information centre. They grant entry tickets for tourists. The centre is facilitated with a tourist public toilet. There are also the tourist's potable water services.

Changu is visited on an average by 150 foreigners, according to Binaya Raj Shrestha, owner of the Changu Museum and member of the temple management committee.

Changu Narayan Temple is on UNESCO's world heritage sites list. The precious sculpture of stone and ancient inscriptions are of archaeological, geographical, and cultural value.

Changu Narayan VDC has set up a committee named the Changu Narayan Temple Management Committee which is the entity responsible for securing, maintaining and controlling the temple.

Bhaktapur has also assisted the Department of Archeology and Palace Management for the conservation and preservation of the temple.

Many local youth clubs are involved in festival management, organizing awareness-raising programs in and around the temple area.

For more information on temples within Nepal, visit Hopnepal.com.