How you get to Everest Base Camp depends on the side of the mountain from which you approach, and the length of time it takes. On the classic 8-day trekking route, one of a few longer alternative trekking paths, or on a half-day helicopter trip, most travellers from Nepal can come.

Many coming from Tibet can travel to a base camp that is less visited, and seasoned trekkers can commence on a difficult 5-day hike. To discover more about how long it would take to visit Everest Base Camp, read on.

Planning Your Trip to the Everest Base Camp

Although Everest Base Camp (EBC) is sometimes referred to as a single site, there are in fact four base camps: one in Nepal on the south side of the mountain, and three others in Tibet on the northern side.

So, finding out how long it takes to get to EBC is based mainly on when and how you choose to go. An entirely different perspective from travelling to the Nepali side is travelling to the Tibetan side of Everest.

In Nepal, as there are no vehicle roads that go that far into the mountains, you usually have to trek. Instead of camping, some tourists prefer to take a helicopter trip to the Base Camp.

Reaching Everest Base Camp from Tibet

There are by far two ways by which you can get to the Everest Base Camp from the Tibetan side. They are:

By Car (time taken: at least two days from Lhasa)

In Tibet, the North Col climbing route has two base camps: the 'Everest Base Camp' and the 'Advanced Base Camp'. The scarcely used third base camp is in the Kangshung Valley, under Everest's sheer east face.

In Tibet, most passengers use a spacious private car to enter EBC, as well-made roads go almost all the way there. A two-three day ride from Lhasa is the main Everest Base Camp near Rombuk, although most visitors stop at many locations on the way, such as Gyantse, Shigatse, and/or Sakya. The roads are quite good, so the trip is very comfortable (perhaps shockingly so if you've been travelling in Nepal). However, the ride might not be so pleased if you suffer from car sickness or have an elevation-induced headache.

However, you'll undoubtedly find the views worth some inconvenience. Rombuk, which is not anything more than a pair of very modest guesthouses and a monastery, is the last village before Everest.

A mostly unpaved path leads from there to Everest Base Camp for the last quarter of a mile. If you prefer, you can ride all the way to the top to EBC, but many travellers chose to walk the last mile or so outside the car park.

This can be very daunting because at 17,056 feet, the air is relatively thin, and if you have come mainland in a car, you are doubtful to be well acclimatized to the elevation.

Various routes are possible to EBC in Tibet, but a simple overland trip from Lhasa looks like this (first after a few days of acclimatization in Lhasa):

Trekking to EBC on the Tibet side is much less famous than it is from Nepal, as there's not the same robust infrastructure. Plus, before you even travel, the elevations are very high, requiring healthy acclimatization in Lhasa and other locations en route. 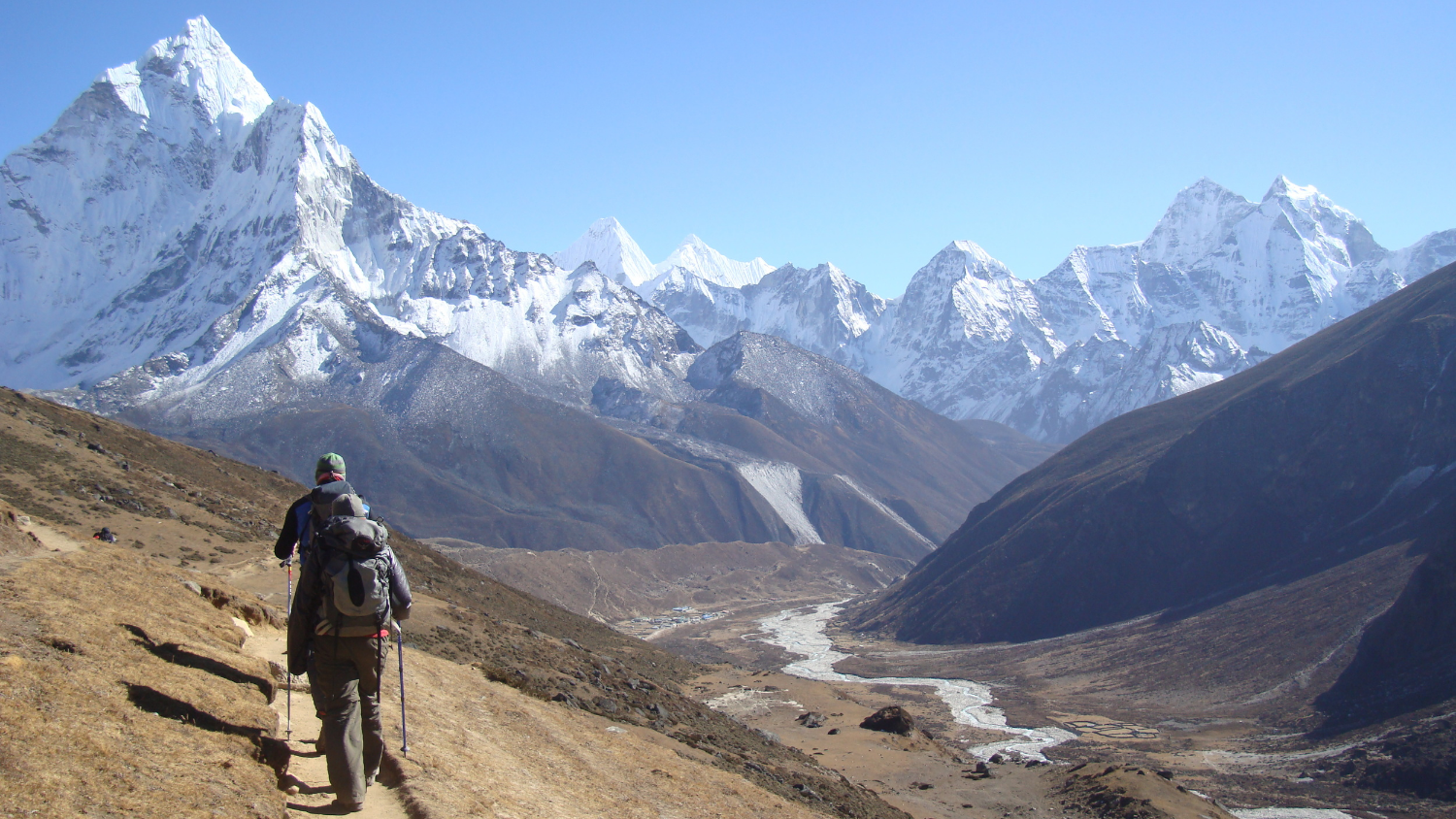 Only seasoned trekkers should try it. But, it's possible to trek to EBC in Tibet. The most famous point of exit to the Base Camp is from Tingri, a 43-mile trek to Everest Base Camp.

The lodging is in tents or simple guesthouses in the village. A regular Tibet trek to EBC looks like this:

Reaching Everest Base Camp From Nepal

Nepal, partially because it is easier to connect, is a more common portal to EBC. Unless you're very short on time, if your resources allow, you can also make a brief half-day visit to EBC from Kathmandu. 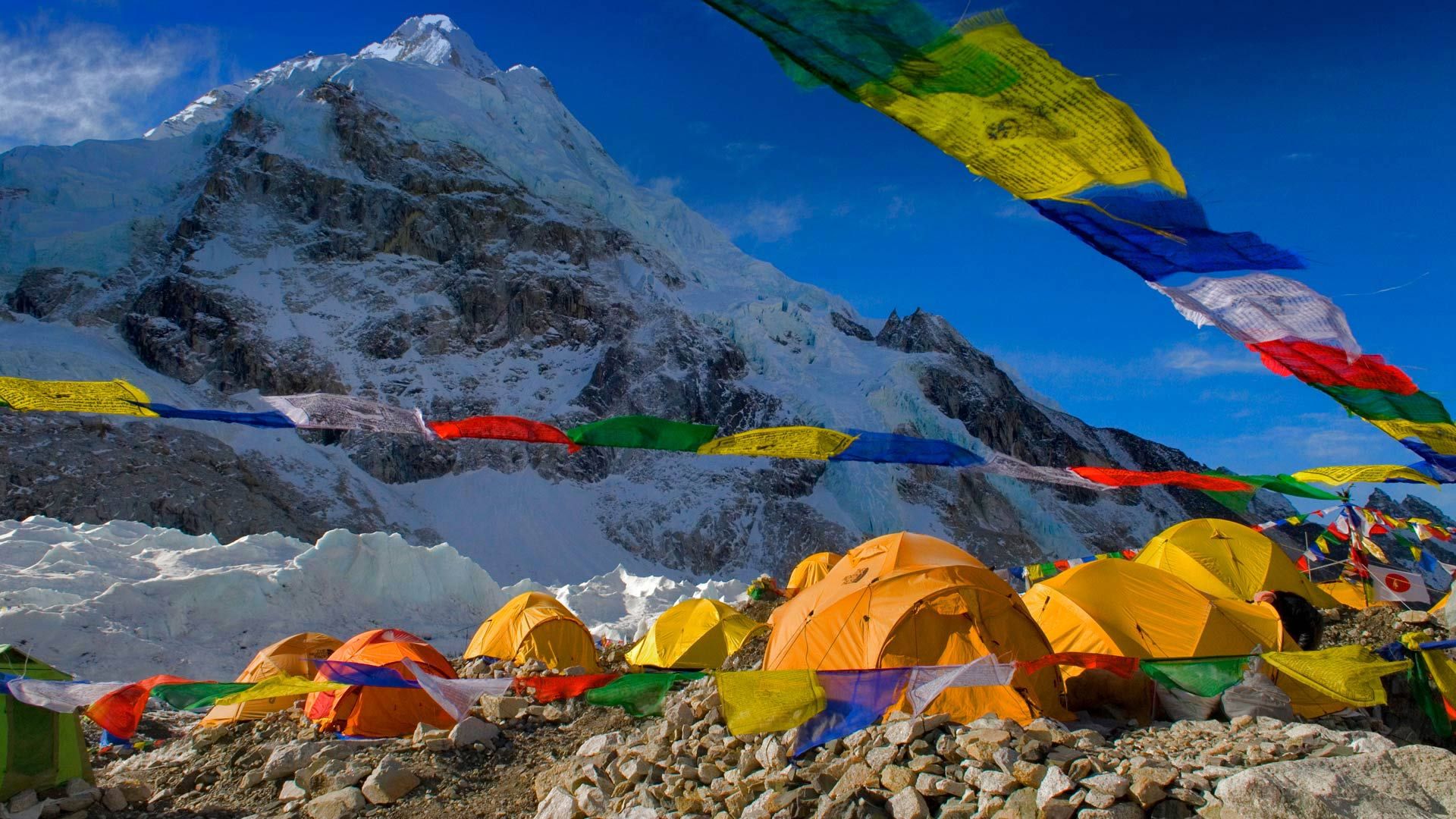 Unlike in Tibet, driving to EBC in Nepal is not feasible as the closest road ends just beyond Phaplu; a few days' walk away. The majority of travellers fly to Lukla from Kathmandu and then trek after this.

There are several path choices possible. They are:

As the temp of the world's tallest mountain on earth is high, the EBC trek is by far the most popular trip in Nepal. Many trekkers begin at Lukla and hike through the small towns of Phakding, Namche Bazaar, Tengboche, Dingboche, and Lobuche, before returning the same way.

The EBC trek described above is very famous, and the trails and amenities can become very crowded during the peak tourist season (spring and autumn).

An alternate route can be determined by trekkers who want to see or explore EBC while escaping the thickest traffic. This adds a few more days to the regular EBC itinerary.

By Helicopter (time taken: half a day)

A helicopter tour via Kathmandu can be taken by travellers who have a flexible budget but who lack the motivation or physical capacity to trek to EBC. This is a stunning way to view the mountainous scenery of the Sagarmatha National Park, and the transition from settled agriculture in the hills to tundra to desolate rocky land at the foot of the highest mountains in the world is remarkably breathtaking to see.

Helicopter tours typically stop in Lukla once, and then again for breakfast with a view somewhere else. As this is not always feasible, you do not necessarily stop at EBC itself, and the steep rise in altitude will be painful for most people anyway. Yet you will get outstanding views.

Tours return in the afternoon to Kathmandu. By adding a helicopter drop-off or pick-up, it is also possible to shorten a trek to EBC. For travellers who may like to trek but don't have the patience for the full round-trip, this gives the best in all worlds.