The Far-West of Nepal, veiled in mystery and magnificence, continues to be completely unravelled, only feasible with the eagerness of hearts and the hungriest of eyes. There is an untouched elegance in between this vast expanse of land: Dolpo.

The Upper Dolpo region is amongst one of the most remote areas, lying between the Tibetan plateau and the mighty Dhaulagiri hills, where tourism activities are very challenging and amazingly satisfying! This area of magical beauty was opened in the late eighties to tourists. Dolpo Trek has been guiding thrill-seekers to the heart of these alpine forests ever since.

Blissful knowledge of beautiful environments, unique history, and abundant bio-diversity as the far-western area of Nepal remains almost isolated due to its difficult connectivity; there is no luxury tourist infrastructure available here.

Because of the weak infrastructure and lack of resources, trekkers will have to face difficulties that will force them to rely on their food supply and often sleep under the stars.

Yet, as it rewards its challengers with beautiful scenery, idiosyncratic history, and an extensive bio-diversity, Trekking In The Upper Dolpo can be a wonderful and blissful experience.

The charm of Upper Dolpo is mostly due to the high passes, deep valleys, and hills, Shey-Phoksundo's peaceful lake, cultural heritage, and the variety of biodiversity which includes some of the most notable endangered species.

As such, with a scenic trip into the Himalayas and the ensuing barren ground, this magnificence can be witnessed. This secret world, which remains shadowed by the fog, has countless deserts that are gems for any traveller's eyes.

The rich biodiversity and unique culture are facets that also add to the beauty of this area, but this trek is not only about its natural splendour. Upper Dolpo is inhabited by Tibetan-born people who still follow their primitive lifestyle and customs firmly.

Trekkers will learn and learn loads about the Tibetan way of life and how they have succeeded in maintaining their community. With tremendous zeal and enormous confidence, the Bon Po religion, which outdates today's Buddhism, is still followed here.

The trip to the alpine wilderness begins with a scenic flight from Kathmandu to Nepalgunj, from where you can catch another flight to Juphal. The cold Himalayan wind provides greetings from Dolpa as you land at Juphal.

The descent begins from Juphal through vast fields of wheat and other crops until Dunai. A steady climb leads to the entrance to the largest national park in Nepal, Shey Phoksundo National Park.

This is where the road reaches the exuberant Tibetan fauna and flora. The path heads on into the pine, fir, juniper, and bamboo trees. This climate lets trekkers have a connection to nature that is heartfelt. Travellers seek refuge in neighbouring villages as night falls.

The peaceful Shey-Phoksundo Lake is one of the favourite areas of any traveller visiting Dolpo. The Shey-Phoksundo is an alpine freshwater lake at an altitude of 3,600 meters that appears ever-clear and breathtaking.

Trekkers would have reached the alpine majesty of Dolpo already, surrounded by views of stunning scenery all around. Trekkers come across some of the most exciting monasteries in the area that date back to a long period in history as the trip begins.

These monasteries have fascinating tales that catch the interest of everyone driving by. As the paths lead through numerous ascents and descents, with each step, views of beautiful mountains are enhanced.

As trekkers approach Shey Gompa, they experience the sacred core of Dolpo, the crystal mountain peak where hundreds of pilgrims come every year as a mystical act to create circuits around it.

What makes the challengers an experience of far-western grandeur is the harsh topography of Upper Dolpo. The varied environment makes the trek run through numerous ups and downs at different altitudes.

Trekkers will not only see spectacular scenery, but they will also cross exceptionally high passes such as the Kang La Pass (5,320 m), Sela La Pass (5,094 m) and Jeng La Pass (5,220 m). The trek will undoubtedly go through utterly mesmerizing picturesque environments, towns, rivers, and lakes. 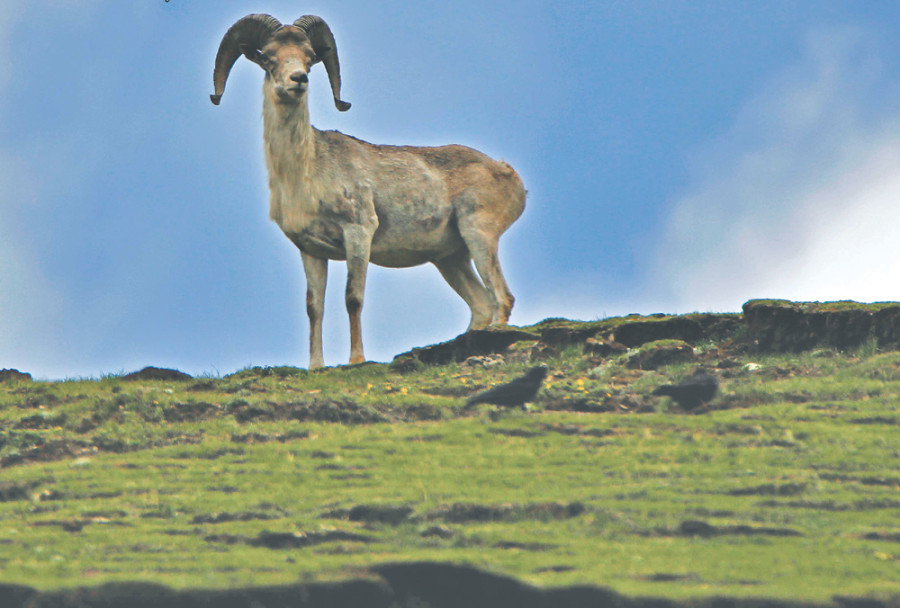 Not to overlook, travellers even come across some of the incredible species of Musk Deer, Himalayan Blue Sheep, and endangered Snow Leopards from the Himalayan ecosystem.

Towards the end of the journey, trekkers know that the beautiful trip has come to an end as the trail dances across the river of Bheri. But, when their guts fill up with the overwhelming feeling of victory when they conquer the harsh lands of Dolpo, the same camp they lived in would feel different.

When one revels in a region's small sweets, a ride becomes an enjoyable voyage. Upper Dolpo is, as such, nothing short of a fantastic experience, we dream of.

Gleaming lakes, frolicking animals, gentle people, enchanting music, and a lovely trip to take all of these in; travel to Upper Dolpa and respond to the call of your innermost desire for a curiously spectacular voyage!