Reaching Everest Base Camp During October- Travelling Tips, Weather, and Other More

October is the most common month for hikers to visit Nepal. Conditions are very reliable, with clear, rain-free skies providing outstanding views of the mountains. However, the masses are at their height, and the Everest Base Camp Trek is the most popular in the region.

Planning — as much in advance as possible — is critical while travelling to the Everest area in October. Below we have prepared all the necessary information you need to before travelling to Everest Base Camp during October.

Weather of Everest Base Camp in October

Usually, the monsoon runs out by mid-to-late September, leaving the sky bright and moisture-free in October. It can rain during October, particularly earlier this month, but not too much. The temperatures in Kathmandu remain very hot in October, but they're much colder up in the Everest area.

Crowds and Cost of the Everest Base Camp

October is the peak trekking season in Nepal, with costs and crowds representing that. The EBC trek is the most common in Nepal, and in October, you're unlikely to have all the trails for your self. 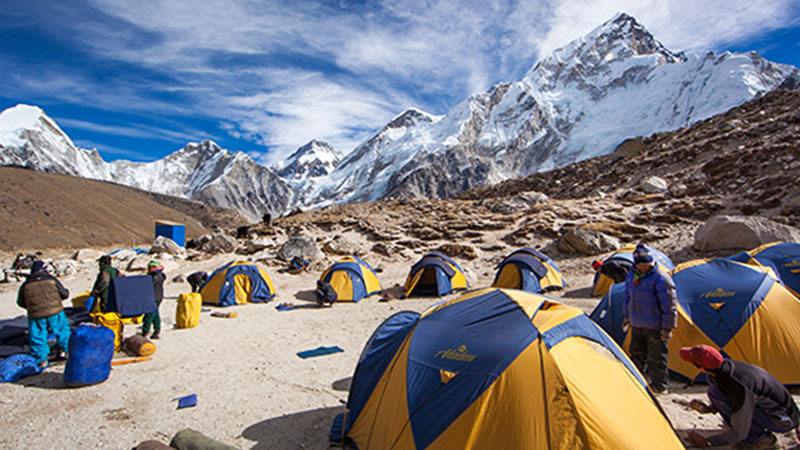 Teahouses fill up fast, so it's crucial to go trekking with a useful guide who's going to get you a comfortable bed. Likewise, planes from Kathmandu to Lukla will load up well in advance of October, so makes your travel plans as early as possible.

Unless you're planning a last-minute holiday, you can need to be cautious about the scheduling of your flight and the nature of the accommodation you're going to accept.

Recommended Routes for Reaching Base Camp during October

If you're set on trekking the classic Everest Base Camp route, the conditions are usually sufficient for it in October, with bright skies and therefore not-too-cold temperatures. However, for some tourists, the vast majority of the people attempting a trek in October can be off-putting.

Travellers intrigued in less well-trodden roads; there are several alternate routes in the Everest area that still give stunning views of Everest and its surroundings, albeit without crowds.

The Gokyo Lakes trek, the Three Passes Trek, or even the complicated Arun Valley to EBC trek, see far fewer travellers than the regular EBC trek. Still, they do overlap in certain areas, offering the best of both worlds.

Reaching Everest Base Camp during October

The most feasible way to get from Kathmandu to the Everest Area is to travel to Lukla. It is necessary to leave the buffer days in the itinerary in case of delays in moving from Lukla. 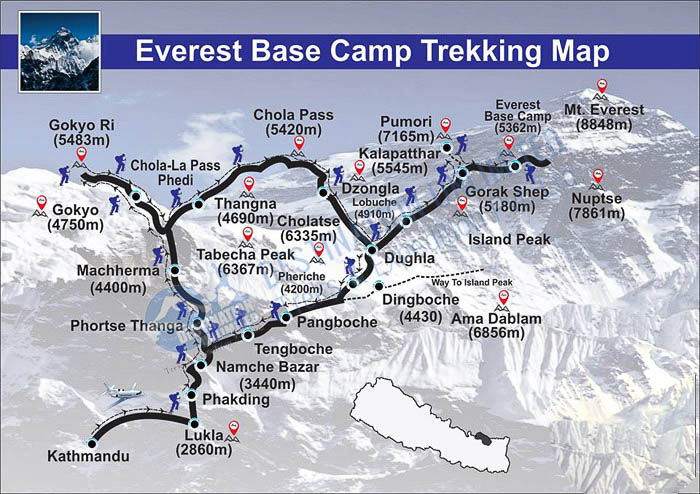 Since the conditions are usually favourable in October for flights to, depart any destination on schedule, there is no chance of missing an international flight.

Events Held in Everest Base Camp During October

Cultural festivals in Nepal typically follow a lunar calendar. This means that some of the festivals that occur in October one year could be in September or November the next.

The villagers of Everest are primarily ethnic Sherpas who practice Tibetan Buddhism. They don't observe the same festivities as the Hindu Nepalese of the hills.

So, some of the major festivals in Nepal that usually take place in October are not celebrated at all, or with great pleasure, in the Everest zone. You may come across Dashain and/or Tihar if you fly to Nepal in October and pass through Kathmandu.

These are the two main festivals for most Nepalese people. Dashain reflects the victory of good over evil, and it is a time when most Hindu Nepalese can move back to their hometowns or villages.

Tihar falls immediately after Dashain; Dashain occasionally falls in September, and Tihar falls in October or November. If you're going through Kathmandu during Dashain, it's necessary to make arrangements.

A lot of the city shuts on the most important days of the festival, with fewer restaurants and shops available, and getting taxis is harder. Mani Rimdu, which occurs in October or November, is one of the most significant festivals for the Sherpa people.

It's worth trying if you can, to be in Tengboche for the festival. Tengboche Monastery is the most famous monastery in the region, and the festivities of Mani Rimdu concentrate on this small town with spectacular views of Ama Dablam.

The monks dress in bright and intricate robes and masks, and dance in a symbolic display to kill the demons.