Based in the Gorkha region of Nepal, the Manakamana Temple is the holiest location of the Hindu Goddess Bhagwati, a Parvati manifestation. The term Manakamana comes from two words, heart meaning "mana" and wish meaning "kamana."

It is assumed that Goddess Manakamana was worshipped since the 17th century and grants the desires of all those who make the pilgrimage to her shrine to adorn her.

Where is the Manakamana Temple?

The Manakamana temple is located 12 km south of Gorkha city. The temple is situated on a distinguished ridge 1,302 meters (4,272 ft ) above sea level and overlooks the Trisuli river valleys in the south and Marsyangdi in the west.

The ranges of Manaslu- Himachali and Annapurna can be seen to the north of the city.

How can we reach the Manakamana Temple?

The temple is around 140 kilometres (87 mi) from Kathmandu, and can also be reached in about three to four hours by bus from Pokhara east.

When is the best time to visit Manakamana Temple?

Manakamana Darshan is most common during Dashain (Sept-Oct) and Nag Panchami (July-August), during which time devotees stand to pray to Goddess Bhagwati for as long as five to ten hours.

Manakamana Goddess' myth dates back to 17th-century during the reign of Gorkha King Ram Shah. His queen is known to hold supernatural powers, about which only her devotee Lakhan Thapa recognized.

One day, in the embodiment of Goddess, the king encountered his mother and Lakhan Thapa in the shape of a lion. After announcing the discovery to his wife, the king sustained a sudden death. 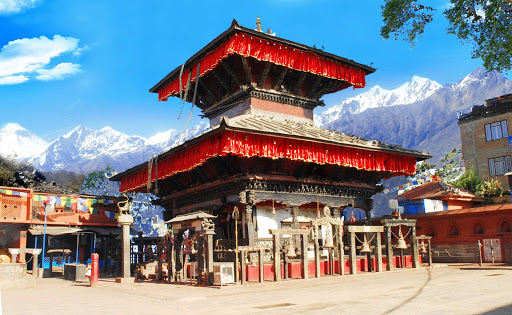 After announcing the discovery to his wife, the king died a sudden death. As was the practice of that period, Sati (ritual immolation) was performed by the queen on the funeral pyre of her husband.

The queen had told Lakhan Thapa before her sati that she would reappear in the immediate future. Six months later a farmer cleaved a stone when ploughing his land. He had seen a waterfall of blood and milk streaming from the block.

Once Lakhan learned an account of this occurrence, he instantly began conducting Hindu tantric rites at the location where the stone was found, thus ceasing blood and milk flows.

The location was the base of the present shrine. The priest at the temple must be a descendant of Lakhan Thapa according to custom.

Darshan derives from the Sanskrit term that means perception. Each year thousands of people undertake the journey to Manakamana.

This holy exploration at Manakamana to see the Goddess Bhagwati is thus referred to as Manakamana Darshan. The world is believed to consist of five celestial components-earth, fire, water, air and ether according to Hindu mythology.

On that basis, the offerings to the Goddess are made. Amongst the prayer items will be at least one of the following:

Animal Sacrifice at the Manakamana Temple

There is a custom in the temple of killing cattle. Many pilgrims kill goats or pigeons in the back of the temple pavilion.

Nevertheless, Gorkha has recently banned the sacrificing of birds such as pigeons, roosters, and ducks, to name a couple. According to District Livestock Service Office Chhetra Bahadur K.C., a senior official of the livestock department, sacrificing of poultry will not be allowed until further notice.

The temple of Manakamana is located in a square and overlooks a huge holy magnolia tree. The temple is four-storied with tiered roofs in pagoda style, and it stands on a square footprint.

Brass plates were mounted on the roof in 1996. The temple entry is in the south-western direction and is identified by one stone which is the sacrificial pillar.

In earlier days, the only way to enter the temple of Manakamana was around three hours through a slow, strenuous trek. Now, from Kurintar there is a cable car station, just 5 kilometres (3.1 mi) east of Mugling to Manakamana. The cable car travels more or less in 10 minutes across a span of 2.8 kilometres (1.7 miles).

The southwest part of Manakamana started to tip during the devastating Nepal – Bihar earthquake of 1934. The temple entry digressed from its silver door set and the wooden frames still rot. Two massive black wooden pillars supporting the temple both changed locations, which forced the temple to bend.

The November 13, 2011 earthquake with its epicentre in northeast Gorkha further damaged the temple foundation as a result of which the temple's base is subsidized into the stone. 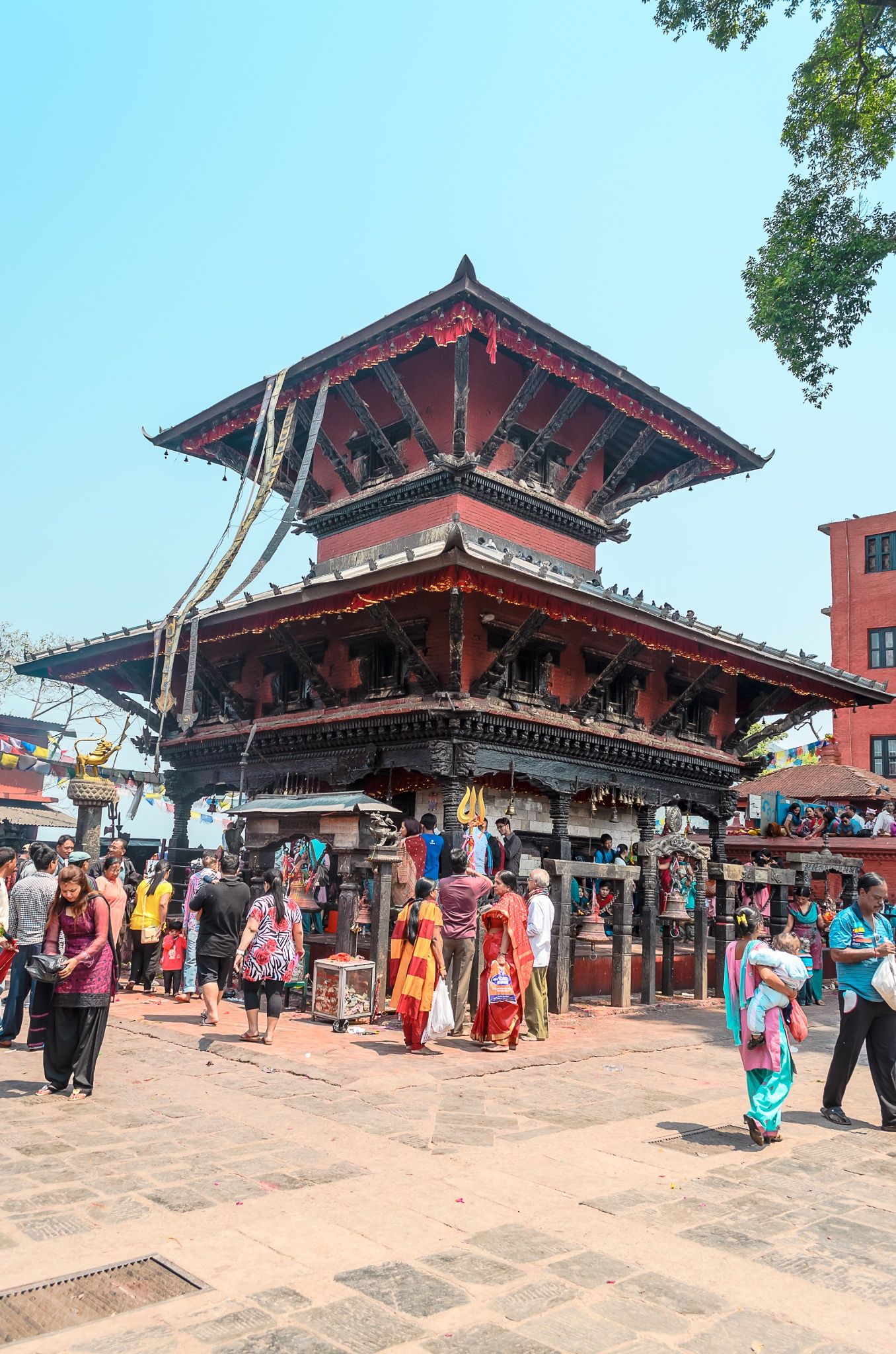 Next to the temple, the slopes faced multiple mudslides which posed a hazard to the temple. According to a study published in 2011 by the Department of Archaeology (DoA) and the Ministry of Culture (MoC), the temple-supporting wooden planks swarm with termites.

The inadequate water channelling has contributed to the deterioration of the brick base of the building. A DoA research officer, however, reported the temple was destroyed beyond repair and had to be moved in reality.

The Nepal government has donated more than 1 kilogram (2.2 lb) of gold for the Manakamana temple's renovation.