The red panda or Ailurus fulgens is one of the rarest and endangered species of animals residing in Nepal's Himalayan region. It's been estimated over the years that only 10,000 of these unusual species survive on earth and most of them are found in Nepal.

The red panda is coated in reddish-brown fur and has a rugged tail that gives it a house cat appearance. While it is popularly known as the red panda, other terms including the lesser panda, the red cat-bear and the red bear-cat are also often used.

What is Red Panda called in Nepali?

The term panda comes from the Nepalese term poonya, which translates into the eater of bamboos. The red panda in Nepali is referred to as habre and occasionally as bhalu biralo (bear-cat) in most areas of Nepal.

In Nepal and Sikkim, the Sherpas call it a wah donka and ye niglva ponva. However, in the eastern part of Nepal, it is named kaala (dark) by the ethnic community of Limbu people, and it is called hoptongar by villagers of Tibetan origin.

Many people claim that the name poonya may have arisen from the Nepalese term panja, which means claw.

The red panda's formal name is Ailurus fulgens, and in English, it's named things like a greater panda, lesser panda, and occasionally regular panda.

Which National Park in Nepal is the prime habitat for Red Pandas?

Langtang National Park is among Nepal's significant red panda's habitats. Including the buffer region, the wildlife reserve is situated at an altitude of 6,450 m from sea level and occupies an overall area of 1,710 km sq.

Established in 1976, the wildlife conservation area in Nepal's first-ever Himalayan national park and the most secure area. The park extends through three main districts of Nepal; Sindhupalchowk, Nuwakot, and Rasuwa, and covers 26 villages.

During a survey conducted in 2019, a team of officials recorded five red pandas in the same field and were considered the first of its type.

Besides Lantang National Park, other areas where red pandas are found in Nepal are:

It is estimated that these sites have 25 per cent of the overall red panda's population, although the remaining percentage has been observed outside of such protected areas.

Which part of Nepal is famous for Red Pandas?

These rare species mostly dwell in the Himalayan forests of western Nepal and the mountain/hill slopes of southwest China.

Ilam, in the eastern Nepal zone, is now home to 15 red pandas. Because of the growing proliferation of these threatened animals, Ilam now boasts of many visitors visiting their annual homestays. Pandas were also spotted in the district of Lamjung. 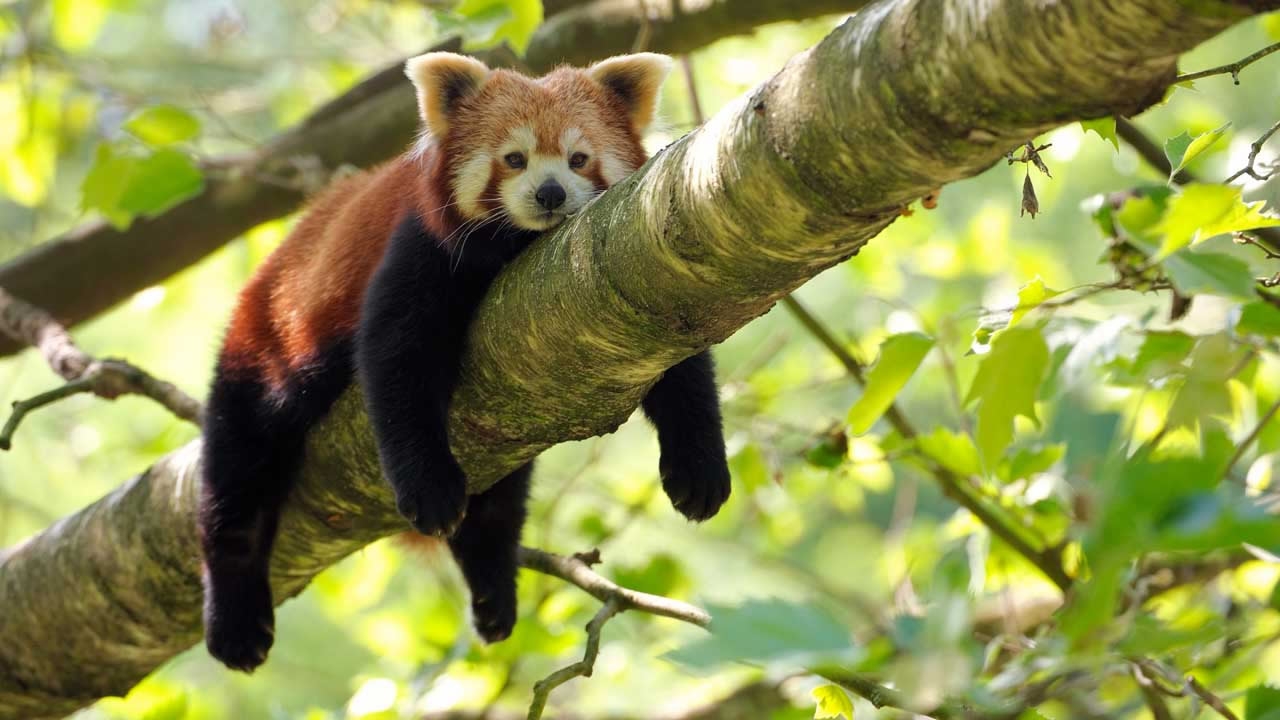 Studies say that there are presently 237 to 1,061 red pandas in Nepal and the population is dwindling due to low birth levels, contamination with pests, high infant mortality rates, bamboo flowering, and habitat insulation.

There are also other significant factors causing a decrease in the red panda's population. They are as follows:

The Nepalese government has enacted a bill to shield such species from extinction, according to which a prisoner accused with selling a red panda should be held in jail for ten long years with a penalty with NRS 500,000.

According to The Himalayan Times, about 22,400 sq km of area in Nepal is home to the red pandas. According to the report, the Hindukush Himalayan area is believed to be 56.25 per cent of the mammal's possible habitat.

Typically, the red panda enjoys staying at an altitude of 2,500 – 4,000 but is known to have dropped to 1,500 m. Zoologists claim it avoids living in regions with hills facing south and enjoys cooler temperatures.

It is believed that trekkers and mountain climbers have observed the red panda residing in more than thirty-six districts of Nepal. In contrast, 24 places have been reported as the natural refuge for those threatened species of animals.

As an endangered group of animals, relatively few people have seen red pandas in their natural environment although most of them seen them in captivity in zoos.

The red panda has a long frame like that of a cat and is coated in reddish-brown hair accompanied by a thick bushy tail. They seem to resemble a racoon, but every other red panda has distinct patterns like a zebra.

The body of fully grown ranges between 50 and 64 cm and the tail stretches in length from 28 to 59 cm. 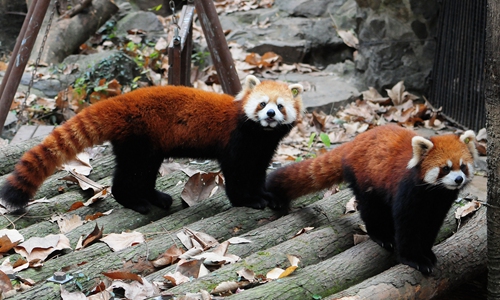 Male pandas will weigh up to 6.2 kg while female pandas can weigh up to 6 kg. Typically these animals feed on bamboo and have sharp claws which are useful to grab roots, fruits, and leaves of the tree.

Red pandas spend much of their time tucked in trees concealed under their bushy tails with their hands.

It's their thick reddish-brown fur that shelters them from the cold and harsh weather of Nepal's Himalayan zone.

A red panda lives typically for more than eight to ten years, although some Zoologists claim that they can live up to fifteen years.

For more information on the endangered species of animals found in Nepal, please visit Hopnepal.com.