In the Lower Mustang, Kagbeni is quite an experience to get to. Indeed, part of the fun is the ride. North of Pokhara, it is 98 miles (159 kilometres) across the deep Kali Gandaki Gorge, surrounded by massive Himalayan peaks.

You can get there by air, road, or on foot from Pokhara, each with various advantages. The article below deals with the ways for reaching Kagbeni from the tourism capital of Nepal, Pokhara.

Kagbeni is a village in Nepal, in the Upper Mustang of the Himalayas, situated in the Kali Gandaki River Valley. Administratively, in the Dhawalagiri Region of northern Nepal, Kagbeni is a small Village Development Committee lying in the Mustang District.

It had a population of 1200 people living in 260 individual households at the time of the 1991 Nepal census. The village of Kagbeni lies on the road from Jomsom to Lo Manthang, the royal capital, near the intersection with the road to Muktinath.

There are two ways by which a traveller can get to Kagbeni from Pokhara. They are:

Flying from Pokhara Airport to Jomsom and then taking a private means of transport to Kagbeni for the last hour or so is by far the easiest and shortest way to get there.

Flights depart early in the morning from Pokhara Airport to stop the heavy winds that churn up later in the day in Mustang. Flights take just 20 minutes, but if the weather is terrible; they are often cancelled.

The flight is spectacular — the mountains are so similar that the leaves on trees and the frozen ones on rocks can be virtually separated.

The tiny aeroplane does not like anxious flyers too much, but it is worth noting that flying saves you hours after hours of overland travel, and if the weather conditions pose a danger, flights are often cancelled.

Even if you plan to drive, if flights are cancelled, you can end up having to go by the route. Just a few years back, the road between Pokhara and Jomsom was established and is still not anything more than a dirt track.

The journey takes about at least eight hours, and then another one hour to Kagbeni from Jomsom. If there are collisions or landslides en route, it sometimes takes longer.

They're the safest overland alternative, and when you need to, you can stop. Public buses are not (and, very honestly, are terrifying) recommended.

Kagbeni is on the trekking path while embarking on the Annapurna Circuit. So while walking between Pokhara to Kagbeni is not considered the most direct route, it's one that has been cherished and enjoyed by many thousands of trekkers over the years. 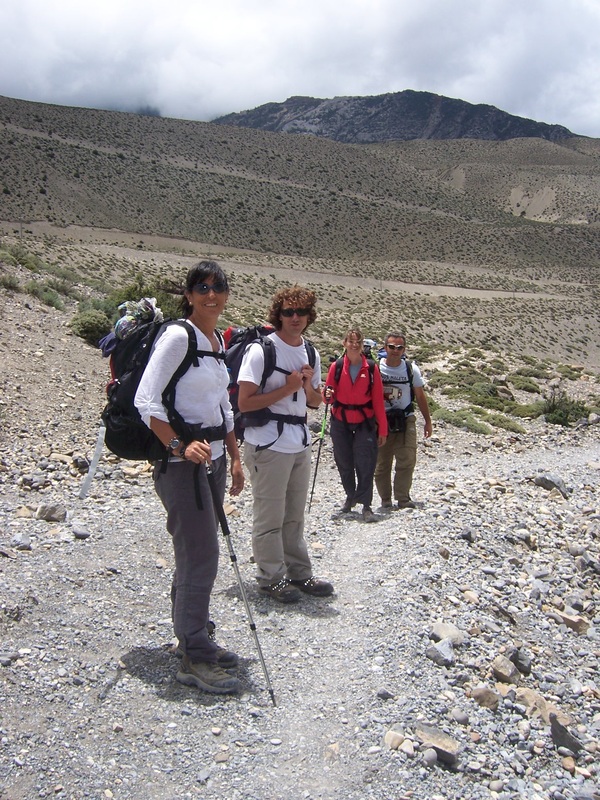 A traditional itinerary is a private transfer from Pokhara to Besisahar, wherein around 11 days you can walk to Kagbeni. Continue to Jomsom from there and then travel or take a jeep back to Pokhara.