Manaslu Conservation Area is one of the protected areas in Nepal that was established in 1998. The conservation area covers a surface area of 1,663 sq km and ranges between 1,400 to 8,156 m in elevation.

It is best known for housing the Manaslu peak (8,156 m) and several other mountains, watercourses, and glaciers. Manaslu Conservation area is home to over 110 species of birds, 33 mammals, 11 types of butterflies, and three varieties of reptiles.

Where is the Manaslu Conservation Area?

The protected area lies in the Mansiri Himal range of the Himalayas in Nepal in the Gorkha district. The coordinates of the area are 28°32′46″N 84°50′31″E.

The region covering Lho, Prok, and Samagaun is known as the Nubri Valley, and in the middles lies Kutang and Bihi. Chhekampar and Chumchet form the Tsum Valley in the northeastern side. The Jagat village in Sridibas serves as the conservation area's main entrance.

Manaslu is the eighth highest mountain in the world and has a height of 8,156 m. It is also known as the Japanese Mountain because the peak was first scaled by a Japanese team led by Imnishi of Japan and Gyalzen Norbu of Nepal in 1956.

The trek to this region starts from Gorkha, best known as the home of legendary Gorkha warriors. Follow the trail along Budhi Gandaki River (Darundi River) before stopping at Larke La Pass which crosses over to Manang district in the Annapurna Conservation Area.

Being a restricted zone entry into the zone requires a Trekking Permit issued by the Department of Immigration and a TIMS (Trekker's Information Management System) card.

The National Trust for Nature Conservation started work at the Manaslu region under the name Manaslu Ecotourism Development Project in 1997. The project received funding from the Govt. of Nepal and the Asian Development Bank.

As of 28 December 1998, the Manaslu Conservation Area became the second conservation area under the jurisdiction of NTNC. The Govt. of Nepal officially handed over the management of the protected area to the NTNC for a period of ten years.

After the expiry of the term, the locals along with the District Development Committee of Gorkha requested the further extension of the mandate for ten years.

Climate of the Manaslu Conservation Area

The Manaslu Conservation Area starting from Larke La Pass (5,106 m) Arughat is divided into six climatic zones; arctic, alpine, sub-alpine, temperate, subtropical, and tropical. The difference in elevation, precipitation, and topography dramatically affects the climate within the 100 km from Samdo to Arughat.

The lower hills, lowland valleys, and river basins formed by the rivers Marsyangdi and Gandaki, below 1,000 m experience a tropical climate. 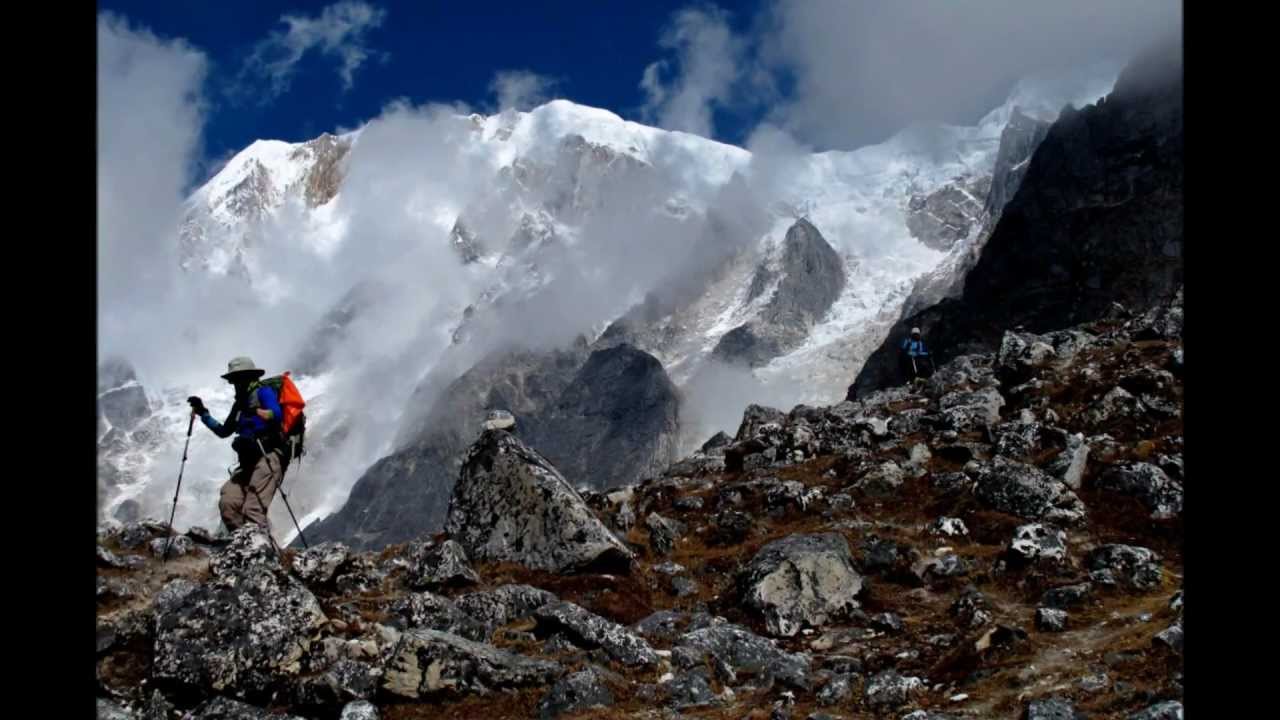 Between 2,000-3,000 m, the climate is temperate and the summer temperature ranges between 22°-25° C whereas during winter the temperature falls below 6° C.

The area between 3,000-4,000 m experiences subalpine climate. There is snowfall in this region for about five to six months. The winters are freezing, and the mean temperature of this zone lies between 6°-10°C.

The subalpine zone lies between 4,000-5,000 m and is mostly covered with meadows while the arctic climatic zone starts from 4,500 onwards.

Precipitation in these zones is in the form of snow and temperature drops below freezing point.

Monsoon in the Manaslu Conservation Area starts from June and lasts till September giving four months of rainfall. The post-monsoon months luke October and November and winter (December-February) are usually dry.

Vegetation of the Manaslu Region

The plant life of the conservation area can be classified into Low Hill, Middle mountain, and High mountain based on their altitude. Each of these categories has its own kind of vegetation and other associated species.

A survey recorded the presence of 16 types of forest and other types of vegetation in the conservation area. Over 1,500-2,000 types of flowering plants are found in the area, especially medicinal herbs.

The protected area is an essential habitat for over 33 species of mammals including the endangered animals like musk deer, snow leopard, red fox, brown bear, lynx, and Himalayan tahr.

Other animals found in the region are Himalayan serow, Blue sheep, Himalayan marmot, and Wooly hare.

According to a survey, the conservation has recorded the flight of 110 species of raptors including the Snow partridge, Chukor partridge, Golden eagle, Himalayan griffon, and Tibetan snowcock, to name a few.

A significant population of the Manaslu region are of Tibetan origins and follow Buddhism. They follow their unique tradition and culture, which dates back to centuries.

Their rich heritage can be experienced in the Buddhist monasteries like Rachen and Mu Gompas in Chhekampar and Shringi Gompa in Bihi.

Agriculture and animal husbandry is the primary occupation of the people. They depend on the forest for their supplies of firewood, timber and medicinal herbs.

The Lamas (religious preachers) of the monasteries forbid the killing of wildlife which has helped in the prosperity of wildlife in the conservation area.

Activities to do in Manaslu Conservation Area

For more details regarding conservation areas in Nepal, visit Hopnepal.com.