From 6 am to 10:30 am, nine flights fly every day. The day before your trek, you can either travel to Manthali and spend the night or you can leave Kathmandu on the same day at midnight. You can also take a helicopter from Kathmandu to Lukla for those who are low on time.

There are three ways that you can reach Namche Bazaar from Kathmandu. They are:

Further instructions regarding your trip to Namche Bazaar from Kathmandu has been elaborated below.

By Air and then on Foot (Time taken: 30 minutes of flight and two days of trekking)

The majority of travellers arrive by plane from Kathmandu to Lukla, only a 30-minute ride. Owing to its narrow, mountain-side runway, which has caused numerous deaths, Tenzing-Hillary Airport is notorious.

However, most of the flights come and depart without incident from there, so there is no particular cause for concern. Delays, however, are widespread in Kathmandu, Lukla, or en route due to weather conditions.

It's essential to add some buffer days to your itinerary in the Everest area. So if Lukla flights are grounded for a day or two, you don't risk losing a prominent international link.

If you have been booked to fly on a cancelled or severely delayed flight, helicopters are a convenient back-up choice. They can fly in conditions that airlines can't, so they can get you back to Kathmandu in an emergency.

Namche Bazaar is a few hours' walks away after arrival in Lukla. Although the walk can be completed in one long day, extending it over two is far more convenient.

There might not be time to walk to Namche, depending on the time you arrive in Lukla after your flight, even though you are fit and raring to go.

The track is gradually uphill and tracks the Dudh Kosi River for most of the way, even more so on the second day. The EBC trek's first night is always spent in Phakding. Trip from Phakding to Namche Bazaar on day two.

It's a steep trail, so it's quite a tough day to stroll. But the rewards are also high, as the first view of Everest through the trees and the high Hillary Suspension Bridge.

To assist with acclimatization, most trekkers remain in Namche for at least one full day / two nights.

By Road and then on Foot (time taken: six to eight days)

You can take a Jeep to Jiri or Phaplu from Kathmandu (about a day's journey) to skip the flight to Lukla and spend more time trekking. You can then trek to Lukla and onwards to Namche Bazaar.

The trek from Jiri is named the "Pioneers' Path" because before the airport was established in Lukla in the 1960s, it was how pioneering mountaineers used to enter the Khumbu area. 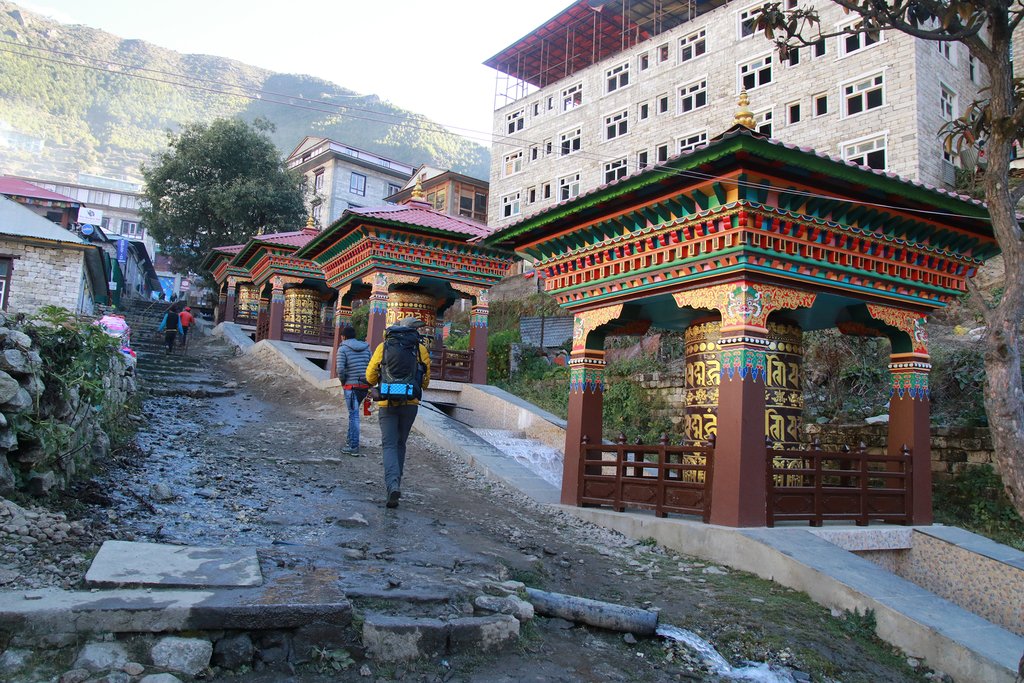 This is now an unconventional way to enter the city. Still, the trails are uncrowded, with diverse cultures and stunning views. The trek takes three days from Phaplu to Lukla, and five from Jiri to Lukla, with a further two days' trip to Namche Bazaar.

By a Helicopter (time taken: one hour)

It is a fantastic opportunity to fly from Kathmandu to the Everest area by helicopter if you're not on a tight budget.

You're leaving the Kathmandu Tribhuvan Airport domestic terminal, landing in Lukla less than an hour away. Before heading to EBC, most sightseeing day trips end in Lukla, with a breakfast end somewhere on the way back. 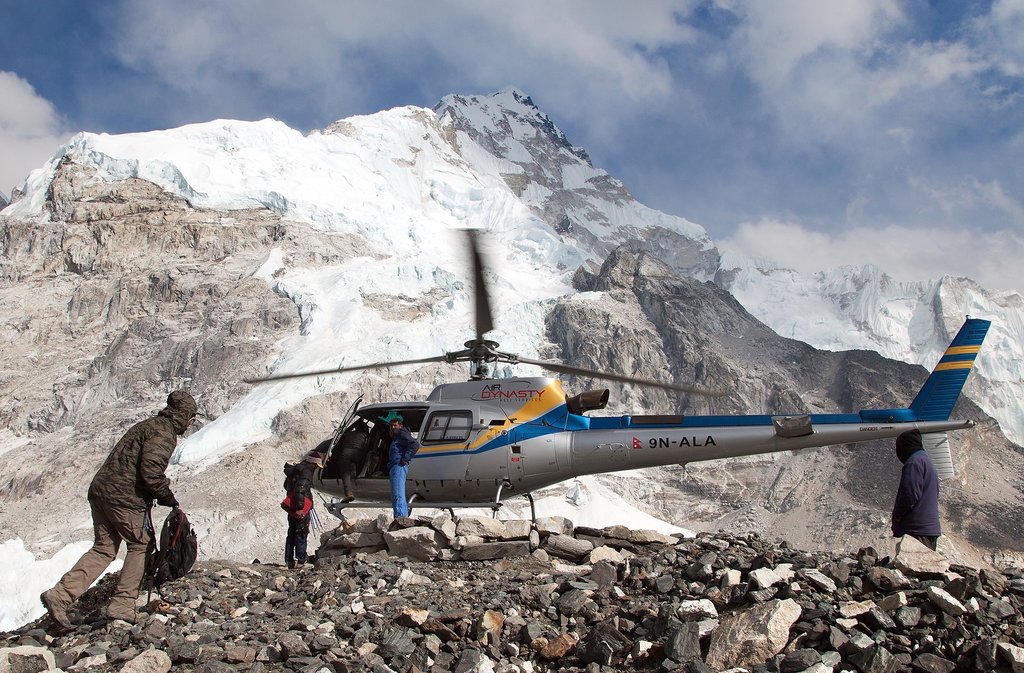 Namche Bazaar (or, above the village, the landing field) is not on any itinerary of the trip. Still, it may be if you expressly request it. To promote travel between Kathmandu and Namche Bazaar, personalized luxury heli-trekking tours may also be planned.

These tours can save you time and a great deal of physical effort, while also allowing you to see some of Nepal's most spectacular mountain scenery.