Along with Everest Base Camp Trek and Annapurna Circuit Trek, the Langtang Valley Trek is also one of Nepal's most famous and sought out treks. Langtang, situated only 60 km away north from Kathmandu in the Rasuwa district, is a relatively less crowded region in terms of natural habitat and biodiversity and more pristine.

Vehicles from different places enter Dhunche, the district headquarters of the Rasuwa District, and Syabru Besi, via the motorway terminus. Today in this particular blog post we'll talk about the aspects of the Langtang Valley Trek.

Langtang is a district of the Bagmati province of Nepal located in the north-central Himalayas. The area, situated about 51 kilometres north of the Kathmandu Valley, is better known for hosting the Langtang National Park (LNP), which essentially forms the boundary with China's Tibet autonomous region.

Around 4,500 people live in the park's area (mostly Tamang), and many more rely on the conservation area for timber and firewood. There are a diverse number of climatic areas experienced in the protected area, which varies from subtropical to alpine.

Roughly about 25% of the park is covered in thick, dense forests. Trees in the Langtang Valley include the deciduous oak and maple, pine-like evergreens, and various other rhododendron types.

The Himalayan black bear, the goat-like Himalayan tahr, Assam macaque, and the endangered red pandas are part of animal life. There are also tales of Yeti sightings in the conservation area.

A massive landslide accompanied by the April 2015 earthquake devastated the village of Langtang. A reported 310 deaths occurred in the town, including 176 Langtang's local people, 80 foreigners, and other ten army personnel. There were never more than 100 bodies recovered during the natural calamity.

Gosaikunda also spelt as Gosainkunda, and Gosain Kunda is an alpine oligotrophic freshwater lake in the Langtang National Park of Nepal. This holy lake situated in the Rasuwa District covers a broad area of 13.8 ha (34 acres) and lies at an altitude of 4,380 m (14,370 ft). 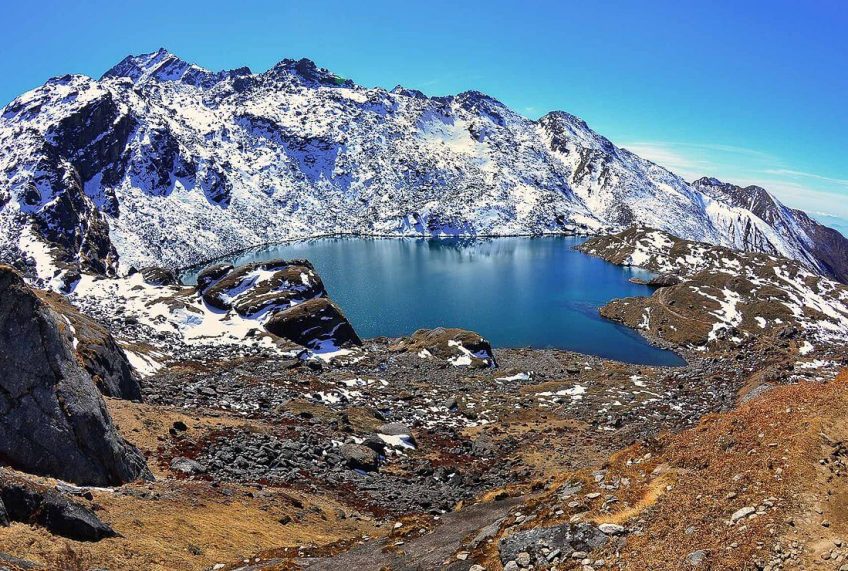 The Gosaikunda Lake complex encompassed over 1,030 ha (4.0 sq mi) in size along with other related lakes and was declared as a Ramsar site on 29 September 2007.

In October to June, the ice in the lake melts to create the Trishuli River; it stays frozen for six months in winter. One hundred eight lakes are situated in the vicinity. On its edges is the Lauribina La pass, which lies at an altitude of 4,610 m (15,120 ft).

Gosaikunda Lake is mostly visited by followers of Hindu from Nepal and India during the Gangadashahara and the Janai Purnima festivals.

In Langtang valley, there are lots of hiking and trekking opportunities. From Dhunche or Syabru Besi, following a more direct path, you can commence the Langtang Valley Trek which passes through Langtang Village and the famous Kyanjin Gompa (3800 m).

The trek starting from Sundarijal or Melamchi Pul, which is although long and a more circuitous trail that takes you up to Kyanjin Gompa is another alternative.

Out all of these treks, the Gosainkunda Trek is considered to be the most adventurous. Bypassing the Lauri Binayak pass, situated at an altitude of 4,610 m, the trek takes you to sacred Gosaikunda Lake (4,301 m). Thousands of pilgrims visit Gosainkunda Lake during August to pay homage to Guru Rimpoche and Lord Shiva.

By starting your journey from Dhunche, you can also make a full loop trek to Langtang, after which follow Langtang Village and then take a right turn to cross over the Ganjala Pass (5,106 m), which is amongst one of the highest passes located in the Himalayas.

During your trek in Langtang, you will also come across lovely monasteries and gompas that constitute a major part of the lives of the local community. 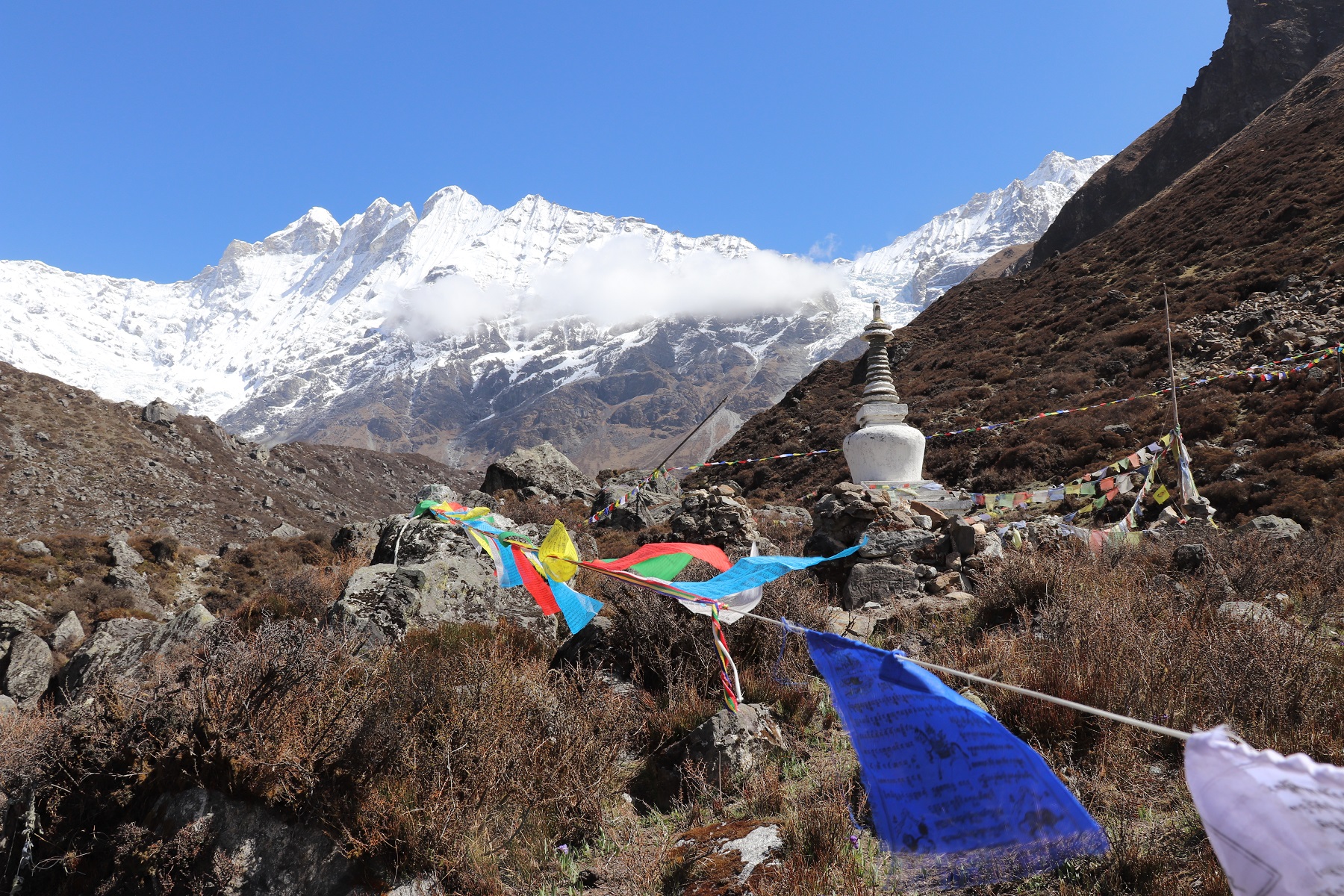 Trekkers will also have a remarkable chance to enjoy wildlife events as the Langtang trail comes under the perimeter of Langtang National Park. Various varieties of rhododendron flowers (the national flower of Nepal) come to life in their thousands during autumn and spring.

The fir, oak and rhododendron forests offer a healthy wildlife habitat for wild animals such as snow leopards, Himalayan black bears, rhesus monkeys and even Yetis!

Langtang is the only location in Nepal where you can have the most number of Red Panda sightings, an endangered species and a Giant Panda relative, have also been reported from the region.