Shuklaphanta National Park formerly known as Royal Shuklaphanta Wildlife Reserve is a wildlife reserve in the Far-Western Region of Nepal. Part of the Terai-Duar savanna and grasslands region, Shuklaphanta is the best example of conserved floodplain grasslands.

The wildlife reserve covers an area of 305 sq km and ranges in elevation from 174 to 1,386 m (571 - 4,547 feet). Along with the Kishanpur Wildlife Sanctuary, it forms a protected area of 439 km sq that represents the Tiger Conservation Unit Shuklaphanta-Kishanpur.

Where is Shuklaphanta National Park?

The conservation area lies in the Terai region of the Far-western region of Nepal. The national park comprises of 305 sq km (118 sq mi) which are covered forests, open grasslands, tropical wetlands, and riverbeds.

It lies in the south-western end of the Kanchanpur district. It shares its international border with the state of Uttar Pradesh, India in the south and west, formed by the Mahakali River.

In the east, it is bordered by Chaudhar River and on the northern side lies forest belt and land of cultivation.

A part of the protected area extends north into the East-West Highway to form a pass for the migration of wildlife into the Sivalik Hills, India.

How can you reach Shuklaphanta National Park?

You can reach the national park via bus or a jeep. The distance between Shuklaphnat and Kathmandu is over 305 km, and it takes 22 hr 55 mins (approx) by bus.

You can also reach the area by flight from Kathmandu.

When is the best time to visit SNP?

The best time to visit the national parks in Bardiya and Shuklaphanat is from mid-September to mid-December and during the beginning of February till the end of May.

The protected was a hunting ground for the monarchs and ruling class of Nepal. In 1969 it was declared as a Royal Hunting Reserve.

The area was later gazetted in 1973 as the Royal Sukla Phanta Wildlife Reserve in 1973 and initially comprised of 155 sq km. It was later expanded to its current size in the 1980s. Later a buffer zone of 243.5 sq km was added inMay 2004 and was officially changed into a national park in 2017. 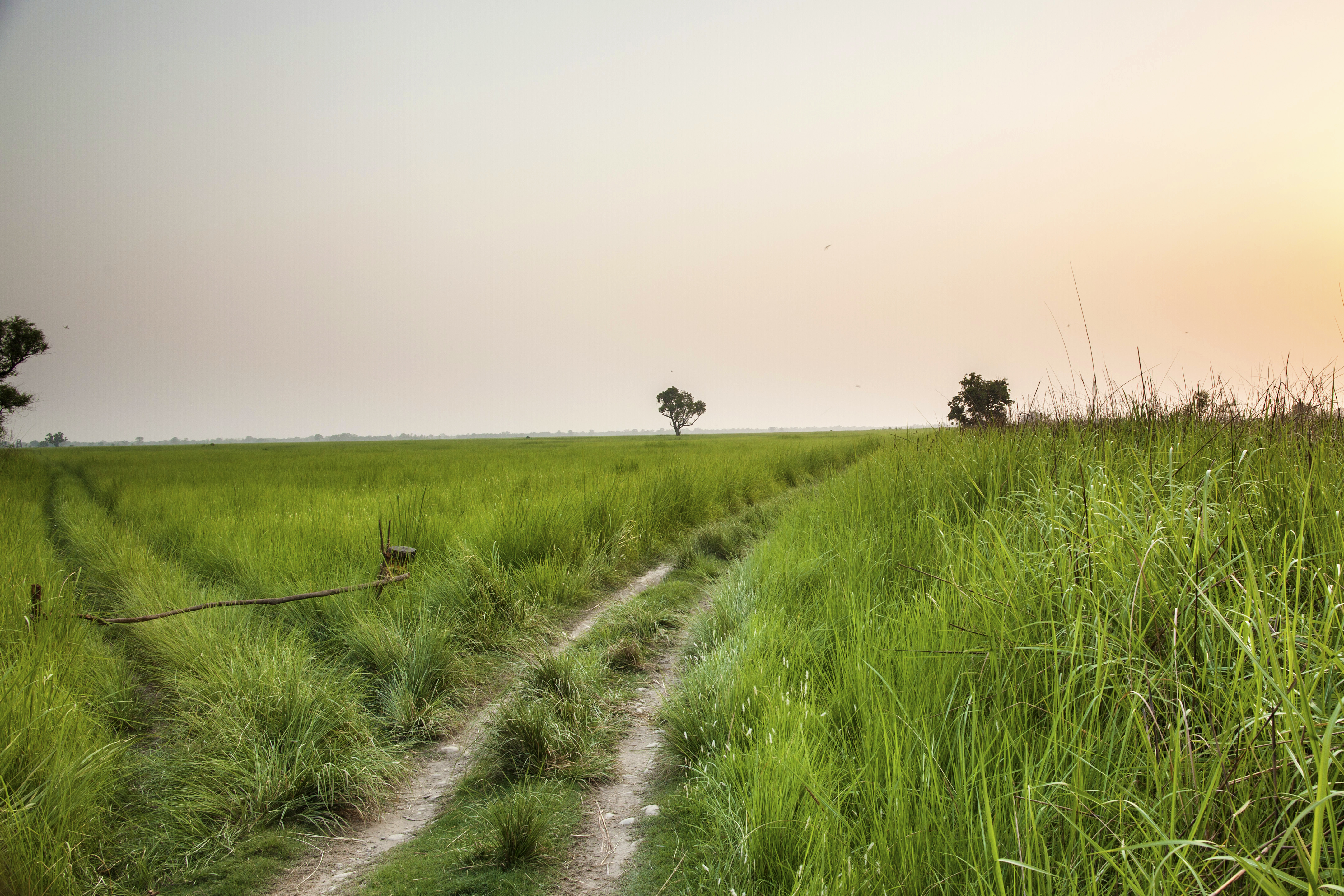 The name of the park, Suklaphanta was taken from one of the grasslands are found inside the park. The pasture is the most massive patch of continuous grassland found in Nepal and covers an area of 16 sq km of land.

The forests of the wildlife reserve were once part of an ancient kingdom. The ruins of civilization can still be seen today.

A brick girdle of 1,500 m in circumference can still be found near the Rani Tal. The locals claim that it belonged to the fort of late Tharu king Singpal.

The park experiences a subtropical monsoonal climate with an annual rainfall of 62.2 in (1,579 m). The monsoon season lasts from June to September and is heavy during August. The humidity of the area increases with the start of pre-monsoon.

Winter in the protected area lasts from December to January, and the temperature during daytime falls below 7°C.

From February the temperature rises and exceeds 25 °C in March and reaches up to 42 °C in April.

Botanists have recorded over 700 species of flowering plants which include about 553 types of vascular plants, 18 varieties of pteridophytes, 410 dicots, and 125 examples of monocots. 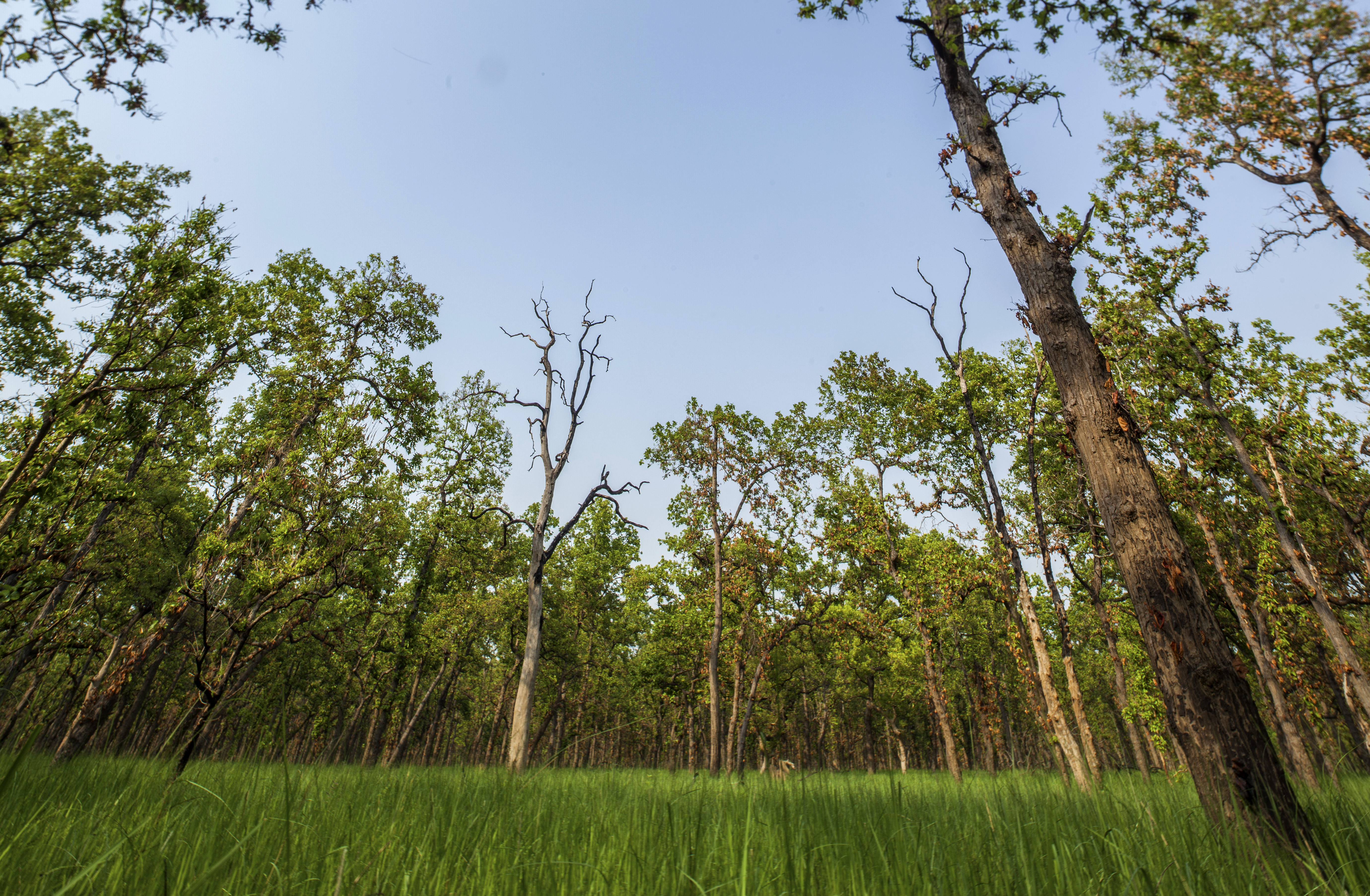 Almost half of the Shulaphanta National Park is covered with grasslands. The major grass species found in the area are Heteropogon contortus and Imperata cylindrica. In contrast, Saccharum spontaneum and khagra reed (Phragmites karka) are found in the marshes around the seven lakes.

The forests around the park are covered with trees of sal while sissoo and khair grow along the river banks.

Since its establishment in 2017, the national park has recorded the presence of 46 species of mammals amongst which 18 are considered endangered.

It is a natural habitat for the endangered animals like Royal Bengal tiger, Indian leopard, swamp deer, hispid hare, and sloth bear. The Great one-horned rhinoceros were also translocated from the Chitwan National Park to establish their population in the park.

As per a study in 2013, the park housed 2,710 swamp deer which is the highest population in the world. A camera-trap also spotted the presence of a rusty-spotted cat in 2016.

The wildlife reserve is also an essential site for birdwatching and recorded the flight of 423 species of birds. The park marks the highest population of Bengal floricans in all over Nepal.

Some of the birds spotted in the national park are chestnut-capped babbler, yellow-eyed babbler, rufous-rumped grassbird, Oriental pied hornbill, Rufous-bellied eagle, and spot-bellied eagle owl, to name some.

The permanent residents birds of this area are the slender-billed vulture, grey-headed fish eagle, white-rumped vulture, and lesser adjutant.

Things to do in Shuklaphanta National Park

For more details on other national parks within Nepal, do visit Hopnepal.com.