Most of the travellers visiting Nepal dream of hiking in the Himalayas, but there is another totally different scenery to discover in the south of Nepal — Bardiya and Chitwan National Parks.

Within the forested canopies of these two protected areas, you can see rhinos, lions, elephants and a variety of birdlife. Here is a guide for preparing trips to these two jungles.

Deciding Which Jungle Region To Visit

Nepal has a total of ten national parks, two of which are of particular interest to tourists keen to see the jungle and wildlife — Chitwan and Bardiya. 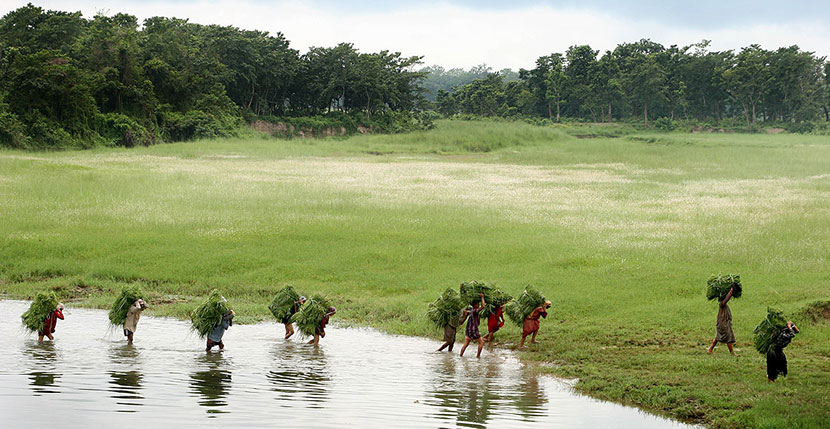 Chitwan is more popular as compared to Bardiya because it is closer to Kathmandu (and therefore more readily accessible). Bardiya is a very isolated location, but if you want to avoid the crowds, this is the location to go.

For both of these parks, the perfect time to make a visit is from March to April, during the dry season of Nepal. During this time, the canopy of the jungle is less dense, making it easier to identify wildlife.

Also, since there are fewer sources of water available to nature over this period, guides will have a better time determining where the animals will be drinking and bathing. The next best time to explore the jungle is during the months of October to November.

After the summer monsoon season, the forest is exceptionally lush, making it difficult to find wildlife, but the weather is good (with temperatures about 70 ° F in the afternoon).

Bardiya National Park is genuinely isolated on the frontier with northern India in the centre of Far West Terai. If you want to flee the crowds and feel like you have the wilderness of Nepal on your own, this is the spot for you.

Not nearly as industrial as Chitwan, the park occupies 373 square miles of thick salt forest and grassland in the jade-coloured Karnali River. You could spend over a couple of hours inside the park without seeing another human. 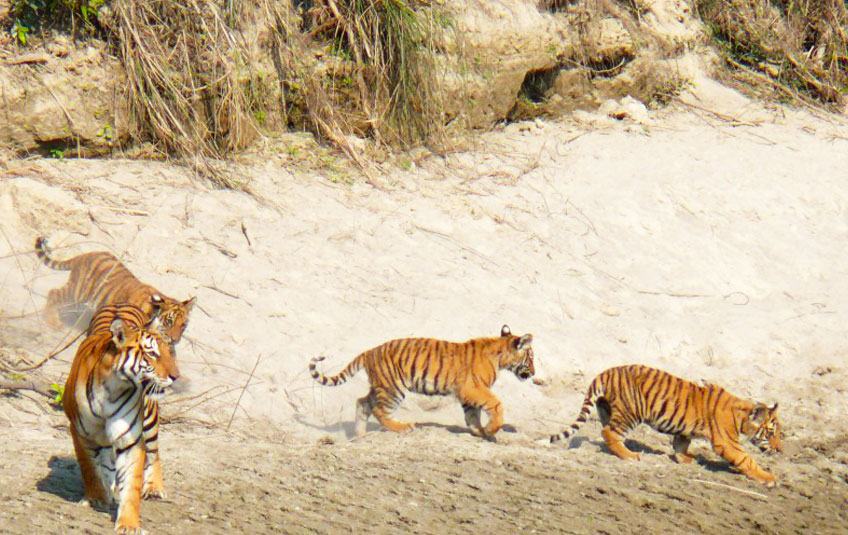 The park is noted for its diversity of habitats, from dry upland hills to grassy plains pockets. This means you're going to see an abundance of animals.

If you can, let yourself be here for at least three to four days and be sure to start your days early when the animals are most involved, and the temperatures are relatively comfortable.

You can fly from Kathmandu to Nepalganj Airport, which is a three-hour bus flight (or 4x4 plane) away from the park. Flights fly only five days a day, and the overland trip takes about an hour.

The park's headquarters is in Thakudwara (also called Thakurdwara), which is also the place where you can find accommodation. A smaller office is situated at the eastern gateway to East Chisapani.

Brace yourself to have a close look at the Royal Bengal tigers. In 2010, the Banke National Park was formed at the eastern border of Bardia. Together, the parks are the largest tiger protected area in Asia.

The forest is not as thick as it is in Chitwan, and there are not as many sources of water as there are, so there is more likelihood of seeing them in Bardia.

Keep an eye out for rhinos, too. They seem to like the western side of the park, so you may want to go with your friends. Asian elephants, hog deer, spotted deer, nilgai antelopes, leopards, wild boar, jackals and freshwater Ganges dolphins all live in the park, too.

Bardia is also a sanctuary for a host of endangered species, including the Bengal flora, the sarus cranes, the sliver-eared messiah, and the lesser flora.

Chitwan was Nepal's first national park. Established in 1973, it is a five-hour or 25-minute flight from Kathmandu and consists of 360 square miles of grassland, sal forest, and marshes.

The park is located in Nepal's Inner Terai subtropical lowlands. It would be best if you always were accompanied by a guide to visit Chitwan National Park.

Most of the safari trips began early in the morning: the animals are most aggressive at dawn, and the sun is less overwhelming. Options for exploring include jeep safari, safari camping, and canoeing in the forest.

In Chitwan, there is a strong possibility of spotting the Asian one-horned rhino, a rare incentive for poaching in the early twentieth century to see the rhino on the brink of extinction in the jungle of Nepal.

Chitwan National Park was developed as a rhino sanctuary in 1962, becoming the country's first national park a decade later. Over 500 rhinos are residing in the park today.

Chitwan also has one of the largest populations of Bengal tigers in the world, with about 122 reported roaming the conservated area. They can be hard to find in a dense forest with plenty of water for the wildlife. This is where a knowledgeable local guide is becoming critical. 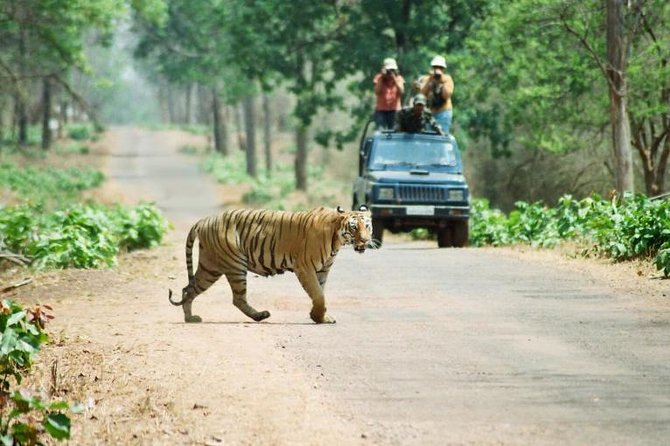 Other species to be seen include langur, Indian bison, four kinds of the wolf, gharial crocodile (also known as fish-eating crocodile) and 150 different types of butterfly. If you're fortunate enough, you could see a leopard, a sloth bear, or a wild elephant.

There are also over more than 500 bird species, including kingfishers, herons, fly-fishers, red jungle birds, woodpeckers, and egrets. The best time for birdwatching in Chitwan is in March or December: serious birdwatchers will want to schedule their visit to the protected area around this timeframe.

There are around seven flights a day from Kathmandu, and the trip takes about 25 minutes. Chitwan has two significant entrances: Sauraha is to the east while the Meghauli Village lies to the west.