Koshi Tappu Wildlife Reserve is a protected area in eastern Nepal's Terai region comprising of 175 km sq (68 sq mi) of wetlands in the districts of Sunsari, Saptari, and Udayapur. It is the smallest wildlife reserve in Nepal and was declared a Ramsar site in 1987.

Initially set up to preserve the last surviving Asian wild buffalo herd in Nepal, Koshi Tappu is the principal attraction here, with the many small marshlands, pools and grasslands which offer a refuge for birds and birdwatchers alike. Today in this article, we discuss the many features of Koshi Tappu Wildlife Reserve.

Regular bus (Day/Night) service to Kakarbhitta and Biratnagar are accessible from Kathmandu. At Jamuha, 4 km away from Laukhi, tourists can get off the bus and travel 2.5 km towards the headquarters in the park. A sign on the vital highway shows the route to Kusaha.

Regular flights to Biratnagar are also available from the capital city and other parts of Nepal. However, tourists travelling to Biratnagar would have to take a bus and then rest at Jamuha. 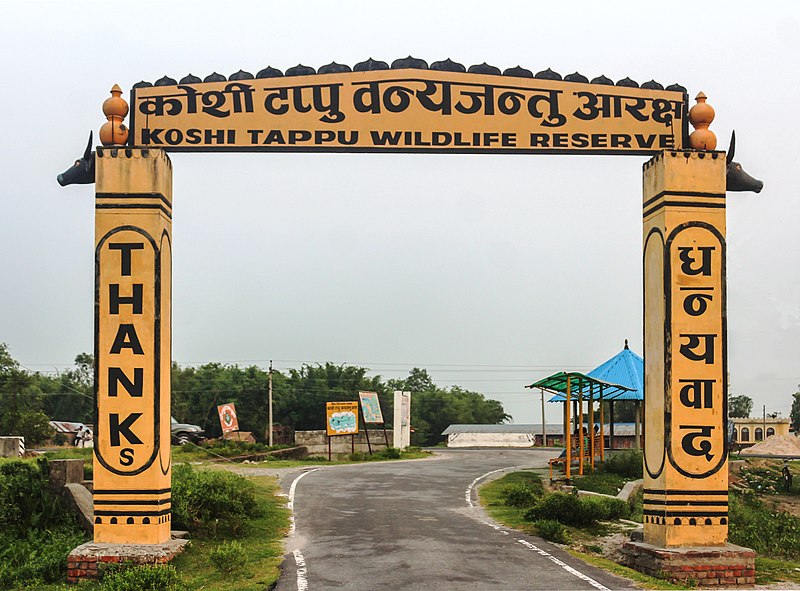 The headquarters of the Koshi Tappu reserve is situated in the district of Kusaha, Sunsari. Near the reserve's Headquarters are a few lodges and teashops.

Visitors are advised to bring in their first-aid package with intestinal condition medications. The headquarters has a communication service, but the cellular network is available in the area.

An interview survey was undertaken in the Paschim Kasuha VDC, adjacent to the east of the reserve during the period 1997 to 1998 to determine the nature of the dispute between park and residents.

The results revealed that, between September and February, wild water buffalo and wild boar were big field raiders. Significant numbers of cattle were able to graze easily inside the reserve.

Within the park, residents were blamed for the improper usage of forest resources, smuggling and river fishing.

In 2005, the Koshi Tappu Wildlife Reserve was listed as one of Nepal's 27 Important Bird Areas alongside the Koshi Barrage.

The Sapta Koshi is one of the three major Ganges' tributaries. Sudden and extreme reserve flooding happen throughout the rainy season. Embankments were constructed across the river to manage the floods.

In 1976 the reservation was gazetted to conserve habitat for Arna (Bubalus arnee), the last known group of Wild buffalo.

This 176 sq km sanctuary is the tiniest nature reserve in Nepal. The region is specified by the eastern and west embankments of the Sapta Koshi River.

In 1987 Koshi Tappu region was designated a Ramsar site, a globally significant wetland. In 2004, the Nepalese Government proclaimed the buffer zone (173.5 sq. km) around the reserve.

The reserve's landscape is distinguished mainly by mixed deciduous woodland, grasslands, and marshy wetlands. Grassland density is 68%, compared with just around 6% of the trees, which is mainly Indian rosewood.

Catechu forest patches are more widespread towards the northwest region. Regular floods and animal grazing protect the grasslands near to flowing water sources.

The reserve has three distinct seasons. Summer starts from February through May and is intensely hot with minimal precipitation. Shade temperatures can be as high as 40 c.

The monsoon begins at the end of May/early June and lasts until September with frequent heavy rainfall. Rainfall is heaviest during July, but high humidity and temperatures occur throughout the season. The Ganges tributary Sapta Koshi River triggers rapid and severe floods during the rainy season.

Bright skies and mild temperatures characterize winter starting from October to January, but it can still get icy.

The park provides excellent protection for a range of species. It is where the last living Wild buffalo herd is located. The current wild buffalo population is declining at about 159 individuals.

According to the most recent census of 2016, this community has now risen to a total of 432 individuals with an average growth rate of 7.27 per cent.

With this population growth, the authorities are preparing a potential relocation of some wild water buffaloes to the Chitwan National Park flood plains, where they were killed in the 1950s.

If the planned translocation succeeds, this will create a real Predator-Prey situation, like wild water buffaloes in Koshi Tappu have long missed their natural predators in the form of tiger, leopard, and hole. Their somewhat wider horns differentiate them from domestic buffalo.

Around 20 other wildlife types such as Hog deer, Wild boar, Spotted wolf, Blue horse, and Rock Python are also included in the park. 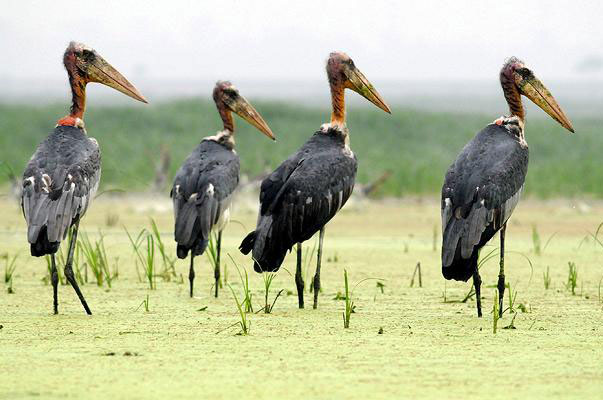 The Koshi Barrage is an incredibly significant resting spot for many migratory birds; housing 87 migratory species in winter and the trans-Himalayan species.

Some of these migratory birds can be seen on the Koshi Barrage and the river channel throughout the winter. Migration usually rises at around mid-March. Such regions are visited by numerous species at dusk and dawn.

Eighty species of fish exist in the Koshi Lake. There was also evidence of the threatened gharial crocodile and Gangetic dolphin in the channel.

The clear skies make for spectacular views of many Himalayan peaks like Makalu (8463 m), the fifth highest mountain in the world. Tourists can arrange for elephant rides for themselves from the reserve's headquarters.