Base Camp Treks are amongst the most preferred and feasible way of discovering the nation's Himalayan domain. Perhaps more fascinating is the fact that trips to the base camps of these revered peaks perhaps provide plenty of opportunities for participation in the enchanting culture and customs of the nation.

Basecamp Treks are expeditions, journeying through the paths to reach the base of the mountain ranges, which eventually pave the way for the most incredible encounters. Here today we have prepared a list of the top five base camp treks that trekkers can experience in Nepal.

Five Base Camp Treks in Nepal

Nepal, where the tower of the Himalayas is as if it belittled the whole world, rivers flood as though they had miles to fly, and the rich heritage of civilization thrived under the delicate guidance of loving souls. 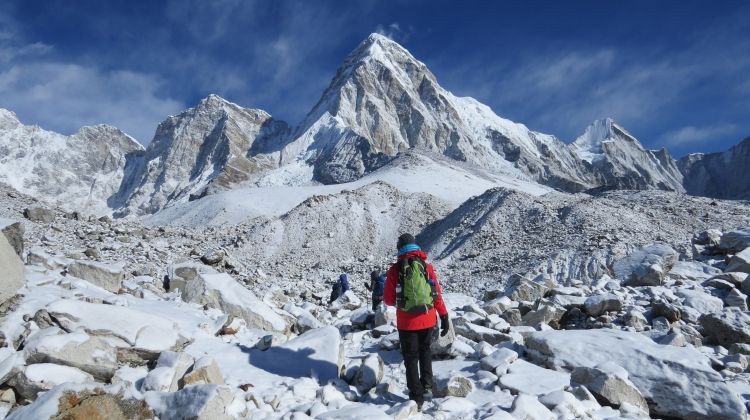 The natural scenic beauty and many more combine to make some of the ultimate trekking trails for adventurers who yearn to walk around the country's lustful environment. Never and nowhere would anyone be able to obtain the richness that is present here in Nepal.

Basecamp treks are common because they enable individuals to walk across rugged trails and still enjoy breathtaking views. Any base camp trek includes cliffs and mountains as far as you can see.

A celebration of the magnificence of the Himalayas, an exotic civilization and a mesmerizing variety of flora and fauna. A mixture of tradition, nature and culture, the base camp treks in Nepal are majestic journeys that are bound to have a spellbinding effect on those who follow the trip.

Based on reputation, appeal and suitability, some of the best treks are listed below.

Everest Base Camp Trek is a trekking trip that leads you to the base of the highest summit in the world, Mount Everest (8,848 m). The trek gives a view of the majestic mountains and reveals the villages of Sherpa and their culture and traditions. 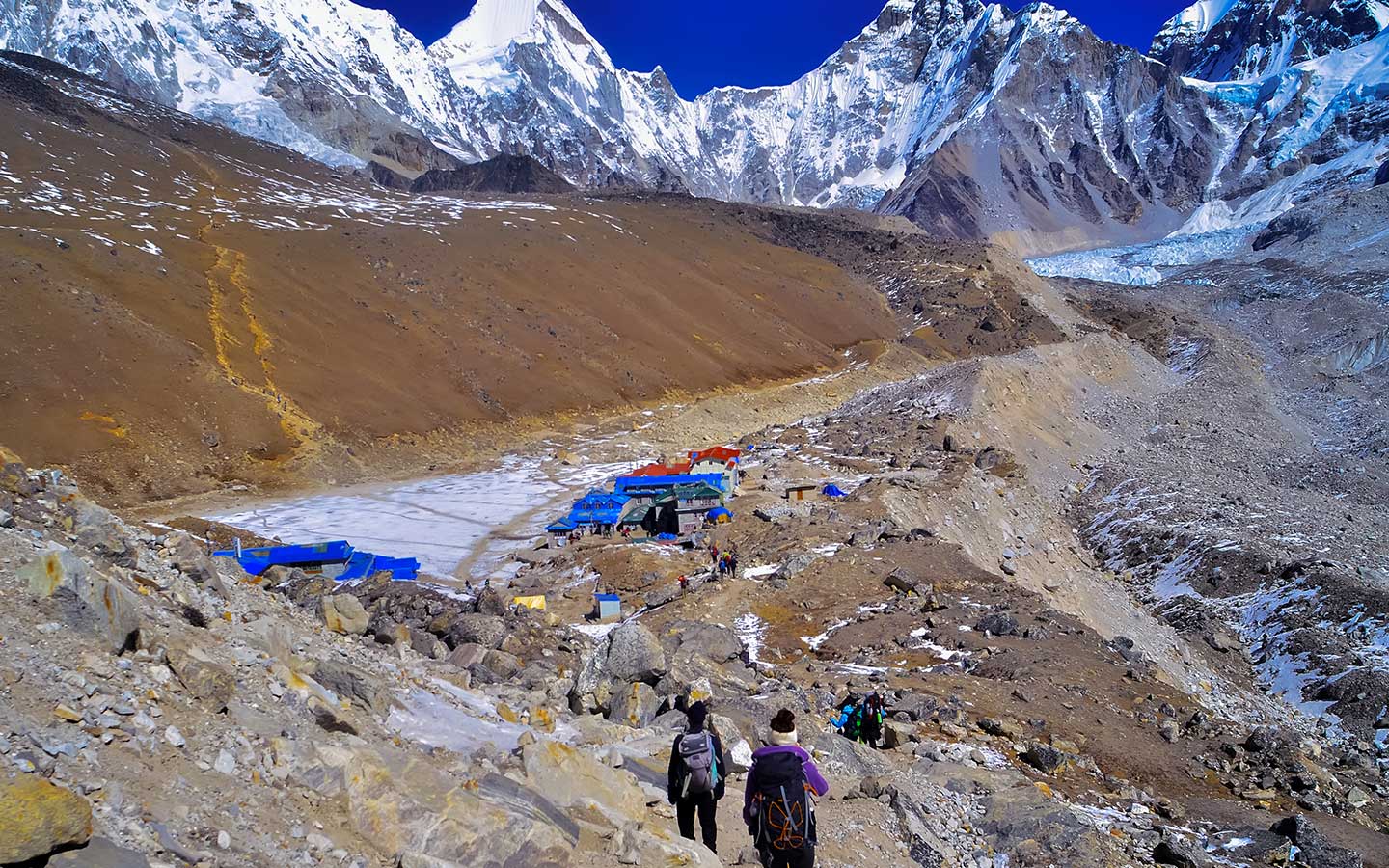 The hike leads to the Khumbu Valley, going through the villages of Namche Bazaar, Tengboche and Dingboche. Four of the main attractions of this trek are the Sagarmatha National Park, the Khumbu Glacier, and the rush that steadily rises in doing so.

Further, when you climb to Kalapatthar, you can see a perfect view of Mount Everest (8848 m). Days can vary when one decides to be a trek. The short trek can be 12 to 14 for the season, time-limited trekkers.

Walking along through the Gurung and Magar villages of Ghorepani, Ulleri, and Tadapani, the road goes north-bound to Deurali and up to Machhapuchhre Base Camp and eventually leads to Annapurna Base Camp.

The Base Camp is really nothing short of a natural marvel and then goes down along some of the breathtaking destinations of Jhinu Danda and Ghandruk.

The trek also visits the Kaligandaki gorge, the deepest canyon in the world. Depending on the road, Ghandruk and Ghorepani Poon Hill may or may not be included.

The average trek length for this trek is seven days for a fast hike and can be about 13 days.

Manaslu remains a relatively less travelled and off-the-beat trekking trails relative to other treks in Nepal. The trek is still isolated but has teahouses, making the journey one of the better teahouse treks possible in the region.

The trek starts from Arughat and leads through the villages of Tatopani, and Jagat to Lokpa. The villages of Samagaon, Namrung, and Samdo are next on a walk that brings a religious flair to the expedition.

The Sho, Ribung, Pung Gyen, and Sama monasteries are historically informative in offering the wow-factor that represents the prevalence of Tibetan-Buddhism along the trekking routes.

Crossing Larke La Pass (5160 m) is the focus of the journey, and finally, the trek starts to descend over Bimthang and Besisahar. Also, you can add another trek to Tsum Valley as one of your favourites. The length of this trip is about 18 days.

Makalu base camp trek begins from Tumlingtar and heads up the valley of the Arun River to Num, Seduwa, and Tashigaon. Further on, the trek passes Keke La Pass (4,127 m), Shipton La Pass (4,170 m) and Tutu La Pass (4,080 m) into the upper valley of the Barun River providing breathtaking views of Makalu (8463 m) and Chamlang Mountain Range.

Further on, the trek proceeds to Yangla Kharka, Shershon, and finally to Makalu Base Camp. The sights of the mountains extend from the Makalu Base Camp as far as the Everest, Lhotse, Chamlang, and Kanchenjunga mountain ranges.

An alternative path from the Makalu Base Camp to the Everest area is also available. The average period of completion is about 22 days.

The cost can vary marginally and is roughly $1,700.

This trek gives insight into the remote mountain ranges and visits the abode of Mt. Kanchenjunga (8586 m), the third-highest peak in the world. One of the major attractions of this trek is the Kanchenjunga Conservation Area, home to a rich flora and fauna.

Starting from Suketar, the trail leads to Chiruwa, Sukethum, and Amjilosa. Gaining altitude quickly, the hike goes up to Ghunsa and then to Lhonak. Pangpema, the northern base camp of Kanchenjunga, a brief trek away from Lhonak, provides an excellent panorama of the Himalayas.

The return trip may also include a visit to the Southern Base Camp along Tseram and Ramche. Walking through the culturally authentic and rich settlements of Yamphudin, Mamankhe, and Lalikharka, the trek achieves its climax on its return to Suketar.

This trek is best characterized as one of the tough ones, and while the trek may be challenging, the mesmerizing trek makes it all worthwhile. The length of this trek is a little longer than other Himalayan treks, which take about 28 days, but can be versatile again.